The 2017 Golf Open Championship will be played at Royal Birkdale Golf Club, Southport, England. The tournament will take place between the 20th and 23rd July 2017. It will be the 10th Open Championship to be contested at the venue.

The previous Open to be held at Royal Birkdale was in 2008 and the tournament was won by Padraig Harrington. Since Tom Watson in 1983, only Harrington and Tiger Woods have successfully defended their Open title. Interestingly, like Harrington, Watson also won the second of his consecutive titles, his fifth in total, at Royal Birkdale.

The defending champion in 2017 is Henrik Stenson. He won by three strokes over Phil Mickelson at Royal Troon last year. The Swede has hit a poor run of form and on that alone, wouldn’t be considered a contender. However, perhaps the desire to do well in a tournament which gave him his first major title plus his long driving and precision iron play gives him a chance. Stenson is 28/1 with BetFred to win the 2017 Open Championship. He will need to raise his game to finish top of the leaderboard.

The bookies favourite for the 2017 Open is Dustin Johnson. The American golfer routinely starts every tournament he enters as the favourite thanks to his position at the top of the world rankings. Having won the US Open last year, Johnson was disappointed to miss out on the 2017 Masters due to injury. The defence of his US Open title didn’t go to plan either. Johnson missed the cut and he will be aiming to make amends in this tournament.

Despite his failure at Erin Hills, Johnson is still the best golfer in the world and has one of the best records at the Open Championship over the past six years. If Johnson can get out in front on the second day, it will be extremely difficult for the other golfers to catch him. He can be backed at 12/1 with Ladbrokes to win the 2017 Open.

When a major tournament comes around you cannot avoid the name of Jordan Spieth. The young American came close to winning the 2015 Open Championship, during an incredible run of form and can play well in the wind, which could be a deciding factor. Spieth appears to have played his way out of a period of poor form and having finished T2 at the Dean and Duluca Invitational in May, went on to win the Travelers Championship in June. That victory was Spieth’s tenth PGA Tour title. You can back the world number three at 14/1 with Ladbrokes to win his first Open Championship this year.

It goes without saying the European golfers will have a great deal of support during the 2017 Open Championship. Perhaps the best value going into the tournament is Sergio Garcia at 20/1 with BetFred.

The Spaniard claimed the first major title of his career at the Masters earlier this year. He has a tremendous record at the Open Championship. A T2, T6 and T5 in the last three Open’s highlights Garcia’s credentials as a potential winner this year and a solid showing at the US Open means he should be in there with a shout. A recent second place finish at the BMW International Open only serves to further enhance his credentials and Garcia makes a good bet to win the 2017 Open Championship.

Studying the current world rankings and Hideki Matsuyama must feel he is due a major title soon and the Open could be where it happens. The Japanese golfer has finished T7, T2 and T4 in 50% of his last six major tournaments and played at the recent Irish Open, finishing T14 with 13 under par. At 20/1, Matsuyama is worth considering for the 2017 Open.

Looking closer to the United Kingdom for potential winners and Justin Rose is always a danger when it comes to major tournaments. The Englishman has what it takes to raise his game. He proved this with his performance at the Masters this year. At 20/1, Rose makes a better bet than Rory McIlroy, who is available at 14/1. The Northern Irishman has missed the cut three times in his last four events.

Tommy Fleetwood is another name to look out for at Royal Birkdale. Having finished fourth at the US Open last month. He won the recent Open de France, Fleetwood is in good form and will have the backing of the crowd. At 22/1 to win the 2017 Open Championship, Fleetwood makes an interesting option.

Those looking for a potential outsider could do worse than back Steve Stricker at 200/1. The American finished fourth at the Open last year. He was T16 at both the Masters and US Open in 2017. Four top-twelve finishes in his last seven Opens, including a T7 at Royal Birkdale in 2008, makes Stricker a tempting outside bet to win the 2017 Open Championship. 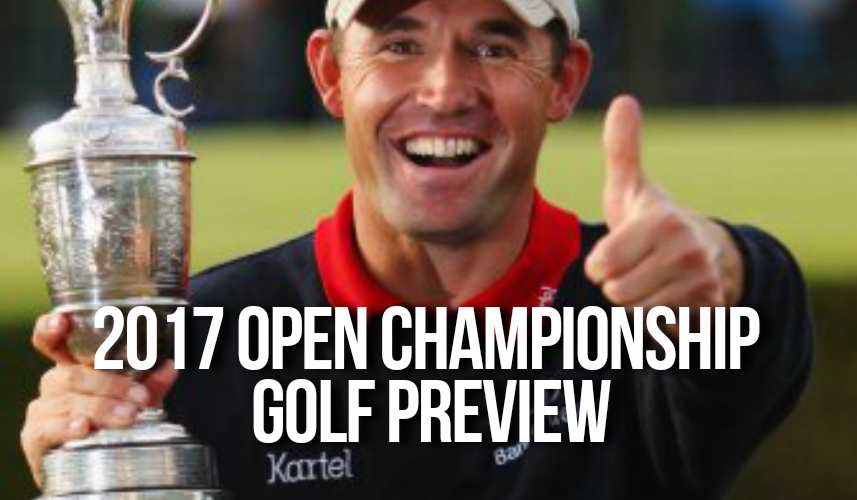