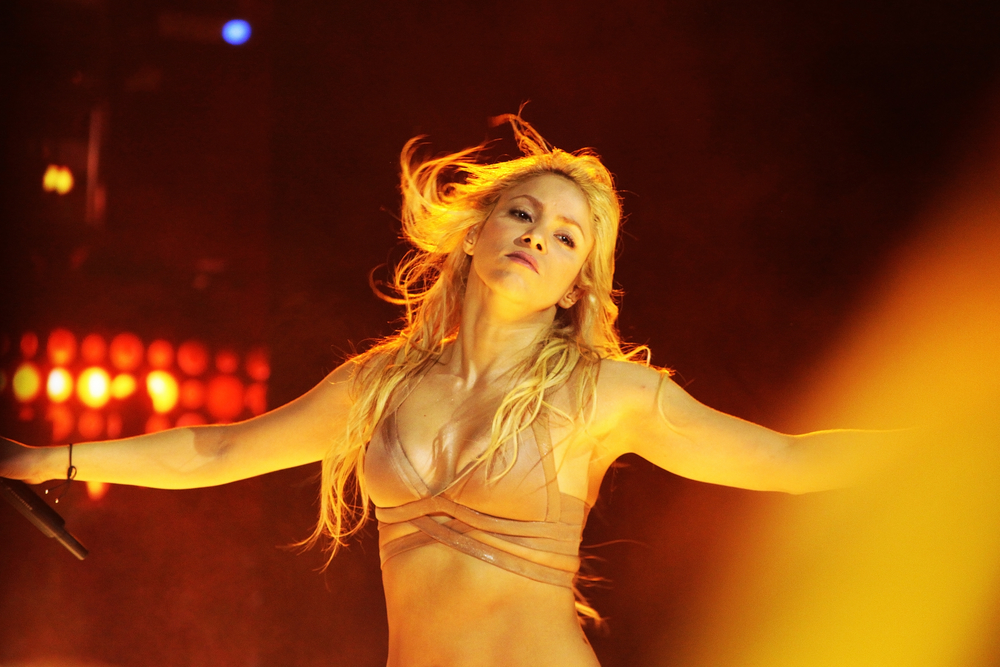 Every four years the World Cup returns and football fans are assured of two things. The first is that the best football players in the world will descend on the host nation to battle it out for world football supremacy. The second thing is a number of songs will be produced in honour of the greatest international sports competition on the planet. World Cup songs are now a part of every edition of the tournament and fans hear the ad nauseum.

Since 1962, musicians and songwriters have crafted songs dedicated to the World Cup and its teams. Some have been cringeworthy, while others have set the world on fire. Although not all of the best World Cup songs have been officially recognised by FIFA, there have been a wide variety of great tunes.

So, which World Cup songs have been the best?.

Here are the 10 songs no World Cup party should leave off the playlist.

The official track of the 2010 World Cup in South Africa was an epic, soaring song sung by Shakira. The song actually got quite negative reactions despite its positive message. However, when FIFA picks tracks that feel similar to Eurovision songs that are overly produced, it keeps fans from fully embracing them. Regardless, Shakira's “Waka Waka” wasn't a bad official track.

READ
Who is predicted to win the Premier League?

9. England squad – This Time We'll Get It Right

There's nothing like a national team belting out its own official anthem. In 1982, belting out the team's anthem is just what the England squad did. After not qualifying for two straight World Cups, England made it to Spain 1982, and one of the nation's most remembered World Cup songs was penned. The song must have helped as the English only gave up one goal while scoring six.

Although it wasn't one of the official FIFA World Cup songs in 2010, Weezer's “Represent” was one of the best tournament inspired songs ever produced. One of the reasons it was so good is down to it being a Weezer song. Come on, Weezer's first two records (“Weezer” and “Pinkerton”) are seminal albums. The track was created by frontman Rivers Cuomo, who is a football fan. The song was the United States' tournament theme, and it helped them qualify for the knockout stage in style.
Trending
No Goals, No Disappointment with the Bore Draw Money Back Offer

The 1986 World Cup theme seemed to have been written for Diego Maradona. Of course, it was Maradona's tournament, and “A Special Kind of Hero” was a fitting song for the tournament's best player.
READ
Liverpool vs. Burnley Preview & Correct Score 21/01/2021 - Reds back on the Scoresheet against Clarets

While Shakira's “Waka Waka” was seen as plastic by many at the 2010 World Cup, K'Naan's “Wavin' Flag” was the alternative. Originally used in Coca-Cola's World Cup advertising campaign, “Wavin' Flag” was adopted by many as the unofficial World Cup track due to its message of refugees overcoming the odds.

Chilean rock band Los Ramblers were the first band to write and record an official World Cup track. Used at the 1962 World Cup in Chile, the track resembles the jangly rock guitars and catchy hooks of the time. There is even an Elvis Presley resemblance in some of the vocals. Compared to some of the tracks that have been used as FIFA's official World Cup songs since, “El Rock Del Mundial” still holds up today.

Kasabian recorded a cover of David Bowie's “Heroes” for the 2006 World Cup. It was an unofficially track for the tournament but was far more rockin' than the FIFA recognised dance tracks used in Germany.

Love them or hate them, Ant and Dec are English entertainment icons. The two presenters have made a killing in music, comedy and television. In 2002, the duo was hired to sing England's World Cup anthem. Making the track even more fun was the music video created for it. The lyrics could really be used for each of England's World Cup songs until they win the tournament.
READ
Who is predicted to win the Premier League?

Seemed a million miles away/And one thing's for sure/The talk begins of 66/Coz we haven't found the cure.

Yes, the lyrics still ring true and the music is catchy; and “We're on the Ball” was a goal for Ant and Dec.

Ricky Martin was living la vida loca in the 1990s and his songs brought a heavy Latin American influence into the mainstream. Martin recorded “La Copa de la Vida” as one of the three official World Cup songs for France '98. It's a strong song and still holds up musically and lyrically thanks to being upbeat and easy to sing along to.

1. Queen – We are the Champions

In 1994, the FIFA World Cup embarked on an American adventure. For the tournament, FIFA needed an epic song to go with its biggest tournament to date. At the time, there was no bigger stadium anthem than Queen's “We are the Champions”. Even though frontman Freddie Mercury had been dead for nearly three years, it was still a major track by one of the biggest bands of all-time.