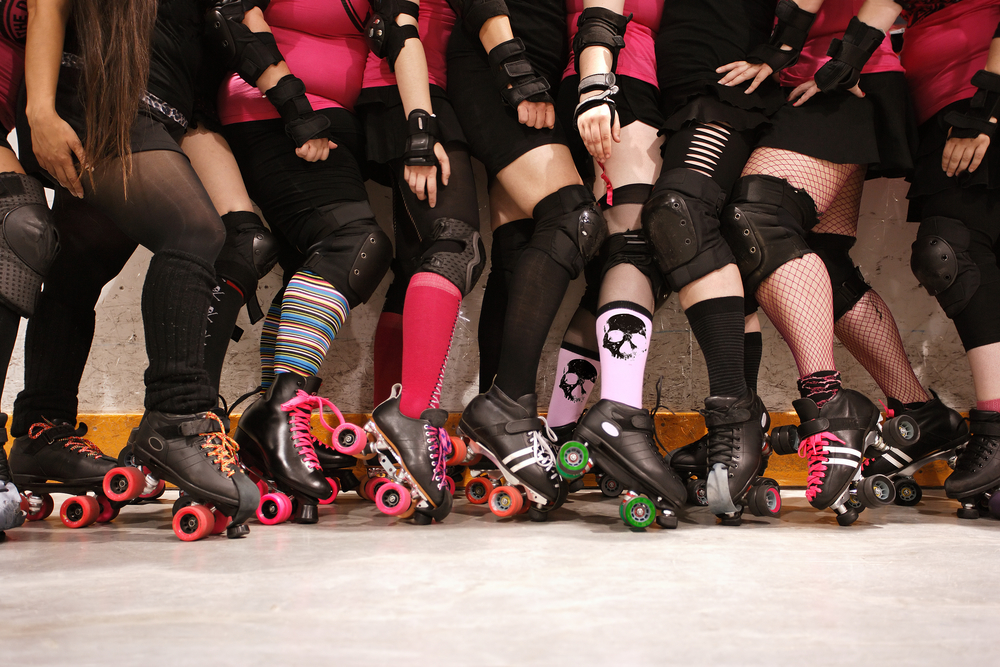 The 2018 Roller Derby World Cup rolls into Manchester the weekend of February 1st through the 4th. The final day will be a massive event broadcast on the BBC and will see countries from all over the world competing to be the best in the sport. [toc]

Thirty-eight countries will arrive in Manchester for the 2018 Roller Derby World Cup. Teams from the United States, Canada, Argentina, Japan and more will compete in the four-day event. The teams will be positioned through a ranking algorithm until day four when the top eight teams go through to final round of the tournament.

With the 2018 Roller Derby World Cup ready to roll, it has led many to question what the true origin of the skating competition is. According to roller derby historians (yes, they do exist), the competition's roots lie in the 1880s. The original events were endurance races as skaters would see who could last the longest on the track.

In the early 20th century, various events took place across the US involving skating. The popularity of roller skating competitions grew thanks to the Great Depression. Promoters organised skating contests featuring out of work players. The skaters would compete for a cash prize.

As radio boomed in the late 1930s and early 1940s in America, roller derby became one of the sports featured. Along with baseball, basketball and American football, roller derby was one of the many events audiences could tune-in on their home radio.

The combination of speed and violence made the competition a perfect fit next to the pre-determined grappling of professional wrestling.

The '60s and '70s also saw roller derby hit the television airwaves. The need for content made roller derby a popular weekly show much like wrestling. During this time period, many American cities had roller derby teams and it was treated similarly to other professional sports. One news report in 1971 claims the Bay Area Bombers (located in San Francisco) drew 28,000-plus fans to a game. There was a high demand for the sport, but those days were drawing to a close.

The death of Roller Derby

By the end of the 1970s, roller derby's appeal had waned. The rising cost of staging games coupled with competing against other professional sports caused roller derby to struggle. In addition, the rise of cable and satellite television in the US also meant there were more viewing options from home.

In the 1980s and 1990s, new roller derby events and competitions popped up. However, none of these had much staying power. More than ever before, critics of roller derby saw the competition during those two decades as extremely theatrical. It is also said this time period of the sport resembled the WWE more closely than ever before, as it attempted to gain fan interest.

In 1989 the television series RollerGames debuted giving American audiences a taste of the sport. Ten years later, RollerJam hit the airwaves as well. However, neither show lasted long as roller derby stayed at the grassroots level.

The return of Roller Derby

What's old is often new to a generation of people who never experienced it originally. That is exactly what has happened to roller derby. There was a sudden interest in the sport in the mid-2000s as people discovered it.

Since 2006, over 150 leagues have sprouted up in the US. Leagues all over the world have developed as well, and more people than ever are strapping on their skates. The modern roller derby is not like the theatrical wrestling inspired sport it became in the 1980s. Today, it resembles the athletic competition it was when it began.

Thanks to the popularity and fan interest in the sport, the 2018 Roller Derby World Cup hopes to increase the sports appeal.

In the United Kingdom, the BBC will air this year's event live from Manchester. It is a huge coup for a competition still trying to find its footing in the world of sports. With a growing interest in the UK in roller derby, the 2018 Roller Derby World Cup could just be the tip of the iceberg. The event could become a regular competition for the best in the game.

Although a competition sport I'm not aware of any online bookmaker giving odds on the event.