2020 Euro Cup Qualifiers: British Isles get off to a satisfactory start 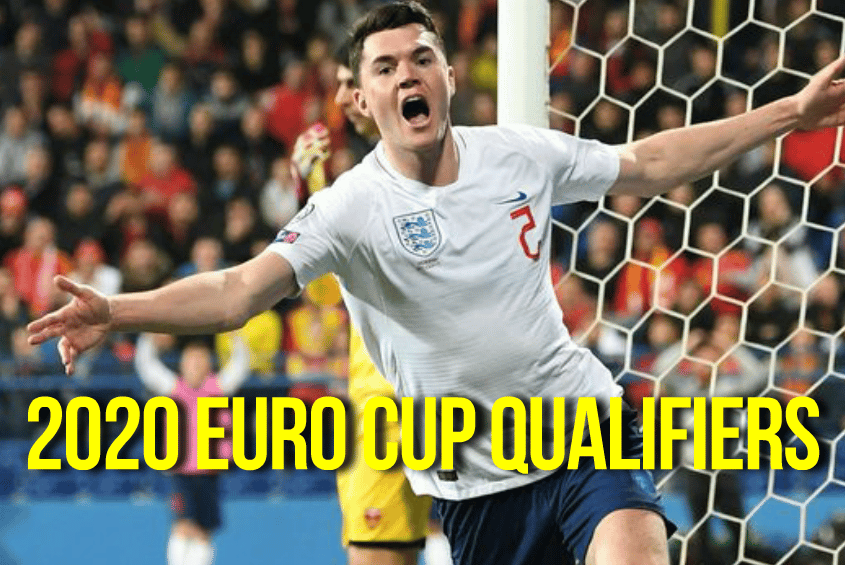 It was a good start for nations of the British Isles in their 2020 Euro qualification campaigns beginning with England's 1-5 thumping of Montenegro away at Podgorica on Monday night.

But it was the hosts that took the lead in the 17th minute of play through Marko Vesovic much to the raptures of a partisan home crowd.

However it was just a one-way affair after that with the Three Lions drawing first blood in the 30th minute through Everton defender Michael Keane from a Ross Barkley free-kick. Barkley helped himself to a couple after that, effectively wrapping up the match with powerful finish off a Raheem Sterling assist in the 59th.

Harry Kane and Raheem Sterling turned the knife deeper into the home side by chipping in with strikes in the 71st and 80th minute. For Sterling, the goal in Montenegro was his fourth inside a week after his hat-trick in England's 5-0 pounding of Czech Republic in an international friendly.

Meanwhile at Cardiff, Wales made a winning start under new coach Ryan Giggs to overcome a doughty Slovakia 1-0. The Welsh showed a lot of attacking intent from the word go and were rewarded when Daniel James's 20-yard scorcher gave them the only and winning goal of the match.

The match saw a resurgent Slovakia in the second-half with the visitors coming close to scoring twice courtesy shots from Albert Rusnak and Robert Mak that forced saves from Welsh goalie Wayne Hennessey. Ryan Giggs' side lived dangerously but they defended resolutely to cling on for what could prove to be a crucial win against Slovakia. Two teams qualify from the Group E that also has teams like Hungary, Azerbaijan and Russia 2018 runners-up Croatia.

Away at Gibraltar, Burnley mid-fielder Jeff Hendrick gave Mick McCarthy's Republic of Ireland the lone goal in the 49th minute against a stubborn home side. Gibraltar started brightly and saw ambitious appeals for an early penalty waved away after midfielder Liam Walker blasted a shot into a mass of white shirts. But Hendrick's goal was enough to the settle the issue for the visitors who are drawn in a very tough Group D alongside heavyweights like Switzerland and Denmark. Georgia is the fifth team of the cluster.

Northern Ireland have gotten off to a strong start, beating Estonia and Belarus 2-0 and 2-1 at Belfast over the weekend. The one with Belarus would have ended in a draw but for Josh Magennis's 87th minute winner that put the hosts at the top of Group C with 6 points. But much tougher tests lie in store for Michael O'Neill's men what with teams like Germany and Netherlands lined up.

Scotland made up for their 0-3 Astana Arena loss to Kazakhstan by beating minions San Marino 0-2 on Sunday and finishing at a not very happy 5th spot of the Group I table with 3 points. The cluster has the formidable Belgium (who lead the Group with 6 points from their two games), Russia and Cyprus. The only thing going for the Scots is that of their next six Group fixtures, four will be played at home.