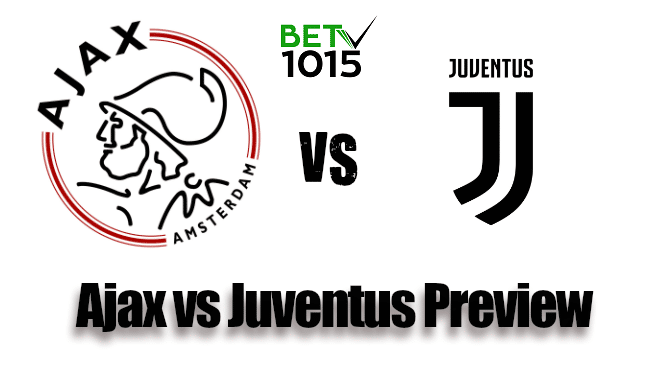 Ajax and Juventus clash with each other at the Johann Cryuff stadium on April 10th for the 1st leg of a UEFA Champions League (UCL) quarter-final clash after having emerged from sensational comebacks.

Ajax recovered from a 0-2 home defeat to Real Madrid to win 4-1 at the Santiago Bernabeu to pull off one of the most memorable comebacks in UCL history.

Juventus, too, came back sensationally after being 0-2 down to win 3-2 on the back of an incredible Cristiano Ronaldo hattrick. The Old Lady’s ascension to the Round of 8 hasn't been flawless by any means having lost 2 Group games to Young Boys and Manchester United. But despite this the Serie A giants are favorites to progress to the last-Four stage.

Neither Ajax nor Juventus have any suspension issues to worry about given that yellow cards in respective domestic leagues are not taken into account at this stage of the competition. The Amsterdam club are at the top of the Eredivisie table, sharing 71 points with PSV Eindhoven and head into Wednesday night's UCL clash on a morale-boosting run of 3 wins that includes a 3-1 over PSV. Noussair Mazraoui is expected to return at right-back after missing Ajax's 4-1 win over Willem II on Saturday through suspension while Joel Veltman is likely to drop down to the bench for the April 10th tie. Ex-Southampton striker, Dusan Tadic and the phenomenally talented 21-year old mid-fielder Frenkie de Jong will be two individuals Juventus will be worried about.

For Juventus, Ronaldo should be back after having sat out of Juventus's 2-1 win over AC Milan last weekend after sustaining a calf injury whilst playing for Portugal during the latter part of March. Coach Massimiliano Allegri has further received a boost by the return of Brazilian winger Douglas Costa. However, captain Giorgio Chiellini, Juan Cuadrado and goalkeeper Mattia Perin are ruled out of Wednesday's clash.

The general verdict is that Juventus will be too strong for Ajax, but the latter in the kind of goal-scoring spree they are in will surely test the fabled defensive combine of Bonucci, Barzagli and Rugani. So, one will rule out Ajax at their own peril.