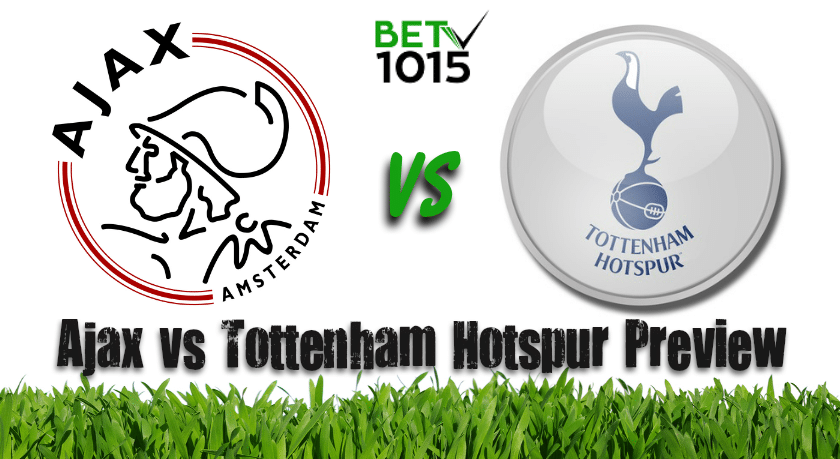 Mauricio Pochettino's preparation for the second leg of the UEFA Champions League (UCL) against Ajax took a beating when they were humbled by 13th placed Bournemouth 0-1 away at Dean Court on Saturday in a Premier League clash.

To make matters worse for the Spurs, Son Heung-min and Juan Foyth were both red-carded in the 43rd and 48th minutes of play, although the good thing is that red-cards in Premier League games do not apply to European competitions. Which means Son will be returning to feature against Ajax on Wednesday night at Amsterdam having missed out in the first leg last week owing to yellow-card infractions.

Another casualty in the Bournemouth clash was central defender Jan Vertonghen who was left bloodied and required treatment after a sickening clash of heads with team-mate Toby Alderweireld. Nevertheless, the Belgian is expected to start on May 8th, but prime striker Harry Kane, Harry Winks, Serge Aurier and Erik Lamela are all ruled out for the critical tie owing to medium to long-term injuries.

Tottenham's starting XI for the second leg will thus look like this:

Ajax coach Erik ten Hag has injuries that will keep out winger Hassane Bande and defensive midfielder Carel Eiting, but the core of his team that has brought him so much success will all be fit and available to play.

In the absence of Harry Kane, Tottenham will depend on the good form of their other in-form striker Son. The South Korean forward has scored in four out of his side's last six outings and along with the Del Alli, Christian Eriksen and Lucas Moura will lead the North London club's fight to erase the 0-1 deficit from last week's first leg clash at the Tottenham stadium.

Form-wise, the Spurs don't look in top shape having lost four of their last six outings in all forms of competition during the last one month.

By contrast their forthcoming visitors seem to be in full cry, bagging the KNVB Cup by blanking Willem II 0-4 in the finals on Sunday.

With just 2 games left in the 2018–19 Eredivisie, the Amsterdam outfit could be looking at one more silverware notwithstanding the dream for a third in the form of the coveted UEFA Champions League title.

The Dutch club has been in sensational scoring form, blasting a staggering 150 plus goals past their opponents this season.

Ajax's top four scorers Dusan Tadic, Hakim Ziyech, Klaas-Jan Huntelaar and Donny van de Beek have alone accounted for a combined tally of 87 goals and there's little very little chance of them not adding to their away goal in London on the evening of 8th May at the Amsterdam Arena.

Pochettino's Spurs will have to come up with something sensational to stop the Ajax juggernaut on Wednesday night. Expect the hosts to sail through to the finals. But then, stranger things have happened, and one cannot completely rule out the recurrence of the PSG-Manchester United like outcome.