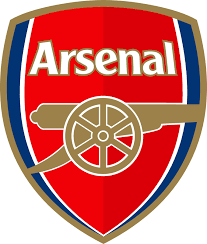 According to reports the Gunners are looking at new plans to increase wage limits in order to attract new talent and hold onto existing players.

Until now Arsenal have capped their players' weekly wages at £100,000 per week.

But in the light of the recent crisis at the club, namely the 4-0 Champions League defeat at AC Milan which threatens to leave the club trophy-less yet again this season, officials are planning to scrap the policy in a bid to up their game.

Arsenal's inability to compete with incredibly large salaries on offer at other clubs has put them at a disadvantage in the past. It made Phil Jones, Ashley Young and Chris Smalling choose Manchester United over them, while the loss of French midfielder Samir Nasri to Manchester City last summer must have given them further cause to question the policy. In the light of the new rules Arsenal look set to go after Dutch striker Robin van Persie whose present contract ends in a year's time.

With the their finances at an all time high, it seems logical for the team to follow in the footsteps of big spenders like Chelsea and Manchester City who splash the cash on phenomenal salaries and transfer fees.

Perhaps the old adage that you have to spend big to make big will hold true for Arsenal, who are hoping to boost profits further now that wealthy American Stan Kroenke is a majority shareholder at the club.