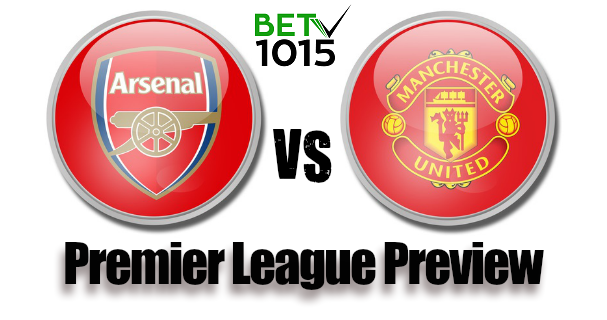 New coach Mikel Arteta's struggling Arsenal will face another test at home at the Emirates on the 1st day of 2020 when they host a Manchester United side who seem to have found their mojo.

The Emirates stadium is no more an Arsenal “fortress” as it was till some time ago with them giving games away to all and sundry.

Last week's capitulation to Chelsea after getting into an early lead has been a characteristic symptomatic of the Gunner's side since the time of Unai Emery's stewardship and is showing no signs of going away even now.

The last three home games have all been losses – 1-2 to Brighton, 0-3 to Manchester City and 1-2 to Chelsea.

By contrast Ole Gunnar Solskjaer's United have been very impressive in away games. The Red Devil's performance on the road has improved dramatically since late November when they drew with top half club Sheffield 3-3 and then following it up with their most significant win of the season – a 1-2 win away at the Emirates against reigning champions Manchester City.

The last game they featured in an away fixture was when they beat Burnley 0-2 on Boxing Day.

As for Arsenal, no one except for Pierre Aubameyang seems to be capable of scoring goals.

Alexander Lacazette and Nicolas Pepe are out of sorts inside the box. While for the Red Devils Marcus Rashford, Anthony Martial and Daniel James – all seem capable of being on the scoreboard anytime.

To add to Arteta's woes, Callum Chambers is one more player after the Chelsea defeat who will get added to the injury list that has Gabriel Martinelli, Hector Bellerin, Sead Kolasinac, Dani Ceballos, Rob Holding Kieran Tierney and Sokratis Papastathopoulos in it.

The defense of Mailtand-Niles, Mustafi, David Luiz and Saka did do their job stoically against the Blues on Boxing day but that's simply not enough.

Goalkeeper Bernd Leno made one huge error in their loss to Chelsea and he didn’t do tremendously well on the second goal, either, leading one to wonder if he’s the right choice for the Gunner's custodian.

Solskjaer's injuries are in the defensive department too with Axel Tuanzebe, Marcos Rojo, Eric Bailly and Tim Fosu-Mensah on the list.

Scott McTominay is also out of action in the midfield area. Although Paul Pogba was not even in the squad on Saturday's win over Burnley, the temperamental Frenchman could be a surprise selection for the New year's clash.

So, the Manchester United Starting Line-up will look like this playing in a 4-2-3-1 formation:

Given Arsenal's appalling form at home this season and the Red Devil's ascendancy in away games, one may be tempted to wager on a win for the visitors.

The odds for both teams are really tight as seen below.

History weighs in favour of United, the Gunners having won only once in the six meetings between the two and lost thrice.