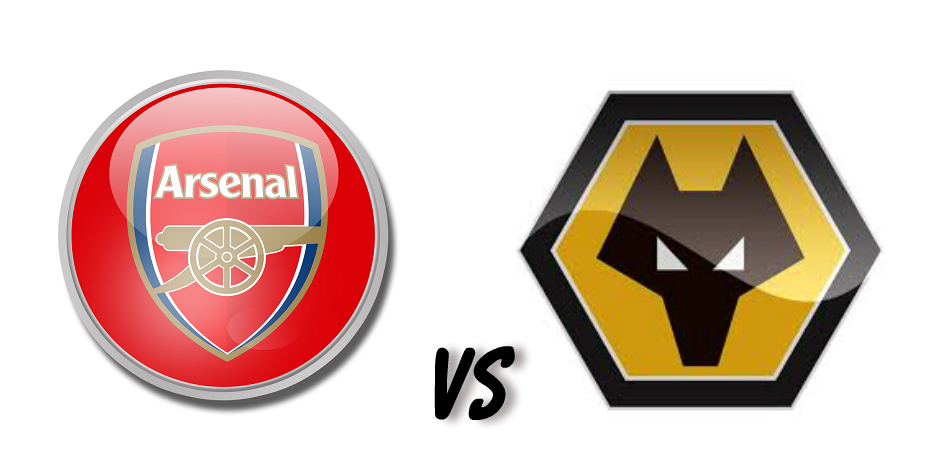 * Arsenal v Wolverhampton Odds taken from the leading online bookmakers and were correct as of 09/11/2018 – subject to change.

What time does it start?

Where can I watch it?

The Arsenal v Wolverhampton match is not shown live on TV or online in the UK.

You can watch Highlights at 10:30pm on BBC One.

The Wolves' return to the 2018-19 Premier League season after a six-year gap that started so splendidly (just one loss from their initial 8 games including gritty draws played out against Manchester City and Manchester United), found itself derailed by three back-to-back defeats to Watford, Brighton & Tottenham Hotspur, pipping them out of the Top 10 of the EPL table.

Nuno Espirito Santo's men now face the daunting prospect of running into an in-form Arsenal in an away game at the Emirates stadium on Sunday.

The Wolves defense quartet of Ryan Bennett, Conor Coady, Willy Boly and Matt Doherty have been totally at sea conceding six from their last three losing games while their key forwards have found goals really hard to come by.

The only 2 recent ones have come in the form of penalties gifted to them by some sloppy Tottenham defending.

The Wolves marking of the opposition players has been pathetic, allowing rivals to move into goal-scoring positions quite often.

The visitors to the Emirates will come under immense pressure at the back from someone like Alexandre Lacazette who is proving to be the £50 million man he is worth.

But the Gunners have suffered a huge blow upfront with the injury to Danny Welbeck who hurt his ankle in the Thursday night's Europa League clash with Sporting Lisbon.

Although coach Unai Emery can take the satisfaction of reaching the last 32 of the European competition, he will miss the services of the mercurial Welbeck for quite some time to come. But with players like Aubameyang, Alex Iwobi and Lacazette around, the Gunners aren't in dearth of attacking riches and the Wolves defense are in danger of being breached repeatedly.

The same cannot be said of the Gunners defense that Unai Emery seems to be shuffling among seven folks through most of his games – Shkodran Mustafi, Stephan Lichtsteiner, Ainsley Maitland-Niles, Sokratis Papastathopoulos, Rob Holding, Carl Jenkinson and Sead Kolasinac.

Despite the unbeaten run of 9 Premier League games, Arsenal have conceded in all, but two games, and it won't be surprising if the Wolves were to find the back of the Gunners' net at least once.

But with players like Mesut Ozil, Henrikh Mkhitaryan and Aaron Ramsey playing behind the attacking Aubameyang-Iwobi-Lacazaettes trio, the Gunners' firepower could just be too much for the wobbly Wolves’ defense to handle.

The odds are heavily in favour of Arsenal who haven't been beaten by their weekend rivals in the last 40 years. Arsenal have inflicted defeat on the Wolves in as many as 16 of the 19 games played between the two in those four decades.

Arsenal will look eagerly forward to adding three points from the November 11 game and be wishing for Tottenham to fumble against Crystal Palace on Saturday. The Gunners are just a point behind 4th-placed Tottenham's 24 and will be keen to break into the Top 4 of the Premier League table.

Get these Free Bets Today