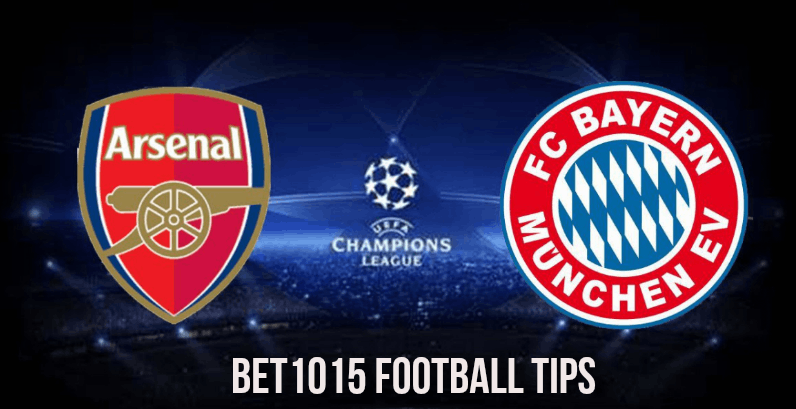 Arsenal have a massive hill to climb when they meet Bayern Munich in the 2nd leg of the Round of 16 clash in a home game at the Emrates stadium.

The Gunners need win at least 4-0 if they are they are to make up for the 1-5 trouncing they were meted out at the Allianz Arena in Munich last month. This looks a near impossibility given the hosts’ poor recent form and the scoring capabilities of the Bavarian giants on the other hand.

For Bayern, even a solitary goal will do and with the likes of Robert Lewandowski, Arjen Robben, Thiago Alcantara and Thomas Muller lurking around the goal mouth that doesn't seem very difficult.

The best the Gunners can do is to show the same kind of intent they did in the first half in Munich when Alexis Sanchez, Mesut Ozil & co. helped their side to draw level before the interval.

The Gunners have a tough Premier League outing against Liverpool on Saturday.

A win there would certainly boost the morale of Arsene Wenger's men going into next week's clash against Bayern.

For the Gunners, Laurent Koscielny and Aaron Ramsey have come out of their injury spells and should be featuring in the March 7 clash.

Meanwhile, Bayern have maintained their top position in the Bundesliga and seem to be in tremendous touch.

After their win over Arsenal they have brushed aside Hamburger SV 8-0, Ingolstadt 0-2 and Schalke 3-0 in local competitions.

They will play a weekend Bundesliga game against FC Koln before heading for the Emirates next week.

The forward and midfield slots for the German giants will be seen in full force with Muller, Lewandowski, Thiago Alcántara, Robben, Vidal and Xabi Alonso all expected to feature at the Emirates.

The last time when Bayern visited the Emirates in December 2015, the German club had ended losing 0-2 but had won on two occasions prior to that.

Bookmakers are going for a win for Carlo Ancelotti's men at the Emirates on Tuesday with a probable score line of 3-1 and Robert Lewandowski finding the back of the net at least once.

But an Arsenal win also could be on the cards given their desperate situation but that probably just wouldn't be enough.

Bayern Munich look poised for a place in the quarter-finals of the 2016-17 Champions League.