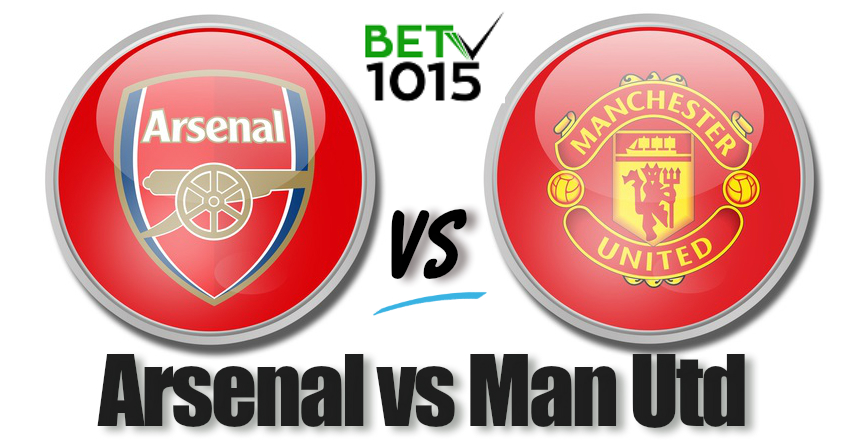 * The Arsenal vs Manchester United odds are taken from online bookmaker Betsid and were correct as of 24/01/2019 – subject to change.

Arsenal vs Manchester United Where To Watch

Arsenal will be looking to end manager Ole Gunnar Solskjaer's run of seven unbeaten games when they take on the Red Devils at the Emirates for a 4th Round FA Cup clash on Friday evening.

For Unai Emery, December's EFL Cup exit means that the Gunners are left with only the FA Cup and the Europa Cup to fuel their dreams of silverware.

With Hector Bellerin in the midst of an extended absence owing to a knee ligament injury sustained in the EFL Cup loss to Chelsea, Emery could start off with Stephan Lichtsteiner in the right-back space.

Joe Willock who scored a brace in his maiden FA Cup appearance in Arsenal's third-round win over Blackpool could be a surprise starter on Friday. Henrikh Mkhitaryan could return after recovering from a recent ankle injury, although it's doubtful that he would feature in the starting XI. Emery could give a currently fit Mesut Ozil a chance to start while Alexander Lacazette's return to form in recent games makes him a natural choice for the striker's role.

As for United, Solskjaer has hinted that Alexis Sanchez may make his return at the Emirates to face his former club while Marcus Rashford who has started in each of his six league games in charge may be given a breather and could come in during the later stages of the game.

Romelu Lukaku could start and so could the oft-neglected Juan Mata. Mata has an impressive FA Cup record being involved in 11 goals from 10 outings – 3 goals and 8 assists.

It would be interesting to see if defenders Luke Shaw, Chris Smalling and Marcos Rojo make the cut, although it looks a bit doubtful if the names of the latter two will show up in the starting XI on Friday.

Both sides have a rich FA Cup history having faced each other on 14 occasions while eliminating each other seven times apiece.

The Red Devils have won two of their last three Premier League matches against the Gunners last season and drawn 2-2 in their most recent meeting at Old Trafford last month.

In what promises to be a very close encounter, bookmakers are wagering narrowly on a Arsenal win on Friday night at the Emirates.