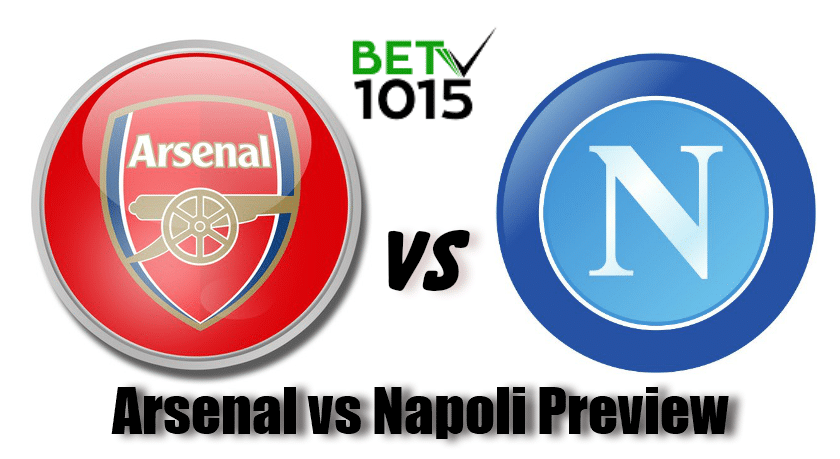 The Round of 8 of the UEFA Europa League is normally not a stage to high-powered contests, but here we are with two giants, Arsenal and Napoli, ready to battle it out for a place in the last four.

The Gunners while terrible in away games are lions at home, something that will weigh on the proceedings at Emirates on Thursday night when the two meet for a first leg clash. Unai Emery's men have nothing to take from their loss to a 10th placed Everton on Sunday with folks like Kolasinac, Maitland-Niles, Mkhitaryan, Monreal and Ozil all putting in insipid performances. Aubameyang was of little effect and it was only when Aaron Ramsey came in with the game a little into the second half that things took some life, but a goal just eluded the Gunners. The defense that looked jaded and were put under pressure on countless occasions by the Everton attack, could be rendered clueless in the face of attackers like Dries Mertens, Arkadiusz Milik and Lorenzo Insigne.

As far as recent form in their respective Leagues go, Arsenal have slipped to the 5th place after their away loss to Everton but it's their continuous success in home games that have kept them in hunt for the Top Four of the Premier League.

Arsenal's heightened comfort levels at the Emirates stadium coupled with the scoring opportunism of Pierre Emerick Aubameyang and Alexandre Lacazette will make them slight favourites for the April 10th clash.

Napoli's poor recent form despite their second spot on the Serie A table will be a cause for some concern going into the Round of 8 clash. The Partenopei dropped points in their previous two games, losing 1-2 to relegation candidates Empoli and held to a 1-1 draw by bottom-half side Genoa. The Naples club was slightly unfortunate in being pipped out of the UEFA Champions League despite losing just 2 Group games. Coach Carlo Ancelotti’s men couldn’t progress beyond Liverpool and Paris Saint-Germain, finishing third in the cluster and entering the Europa League instead.

Laurent Koscielny and Granit Xhaka remain injury doubts for the Gunners ahead of the visit of the Serie A giants. Koscielny missed Sunday’s Everton game while Granit Xhaka has not returned since the international break, where he suffered a groin injury while playing for Switzerland.

For Napoli Lorenzo Insigne and Faouzi Ghoulam both returned to the Napoli squad over the weekend. Italian striker Insigne, who has been missing with a thigh injury has 13 goals to his name this season and he will be a genuine threat to the Arsenal goal.

Bookmakers’ odds predict a win for the host although Napoli are distinctly the better side on paper. It's the home advantage Arsenal will have to cash in on, for their return trip to Italy next week could be a very difficult one. There's not much history between these with both having won a match apiece from their only 2 encounters.

A draw looks a safe bet.