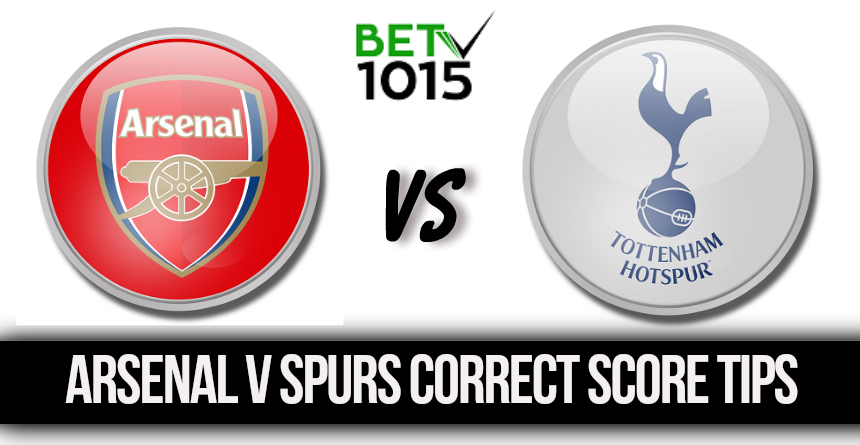 * The Arsenal Vs Tottenham Odds are taken from online bookmaker Betsid and were correct as of 29/11/2018 – subject to change.

When Is Arsenal Vs Tottenham?

Sunday 02nd December with kick-off at 14.05 pm at The Emirates stadium.

Arsenal Vs Tottenham Where To Watch

Arsenal will face an acid test when they face Tottenham Hotspur for a vital Premier League clash at the Emirates stadium on Sunday. The Gunners will be going into the Emirates game after returning from a Europa League fixture in Ukraine on Thursday night under freezing conditions. Kiev, where the match against Vorskla FC will be played, has recorded temperatures of -10°C.

For Arsenal, Laurent Koscielny could feature in a senior game for the first time since May if he is declared medically fit enough to make the cut on Sunday as he continues his recovery from an Achilles injury. Ex-Juventus defender Stephen Lichtsteiner is another who is recovering from injury but can be expected to feature.

Alexandre Lacazette, who sat out in last weekend's 1-2 win over Bournemouth with a groin problem looks doubtful for Sunday's game. Mesut Ozil, purportedly dropped against Bournemouth for the strange reason that the opposition was supposedly too demanding for him, could make a comeback.

Alex Iwobi, Henrikh Mkhitaryan and Sead Kolasinac all of whom did well in the Bournemouth outing are expected to start in the Emirates clash. Pierre-Emerick Aubameyang will be depended upon to get goals on Sunday being the side's top scorer with a tally of eight so far.

Unai Emery may eventually settle for the same starting XI as the one against Bournemouth and it would look like this: Leno (goal), Papastathopoulos, Holding, Mustafi, Kolasinac, Mkhitaryan, Torreira, Iwobi, Xhaka, Aubameyang.

Mauricio Pochettino's Tottenham Hotspur should have felt good coming out of a 1-0 win over Inter-Milan at the Wembley on Wednesday night, but their finishing left much to be desired despite all the multiple attempts on the rival goal and brilliant inter-play between Harry Kane, Del Alli, Lucas Moura and Erik Lamela.

It was only a late winner from the 70th minute substitution Christian Eriksen that saved the Spurs from certain elimination from the Champions' League.

For the Spurs defense there's good news in the form of Jan Vertonghen's return from a two-month injury hiatus. 22-year old forward Mousa Dembele remains out with an ankle problem and is ruled out for at least a month.

Barring a 2-3 win at the Emirates in 2010, Tottenham have not been able to register a win in their 8 trips to the venue following that.

It would take an extraordinary effort from the Spurs to dent the Gunners in their “fortress”, but one never knows. Pochettino's men broke a similar hoodoo at the Stamford Bridge by beating Chelsea earlier this season.

Arsenal Vs Tottenham Who Will Win?

A win and three points for the Gunners could momentarily vault them in to the Top 4 while a loss for Spurs could see them moving out of that zone. For Tottenham even a draw would keep them in the Top 4 and that could very well be a very likely result on Sunday.