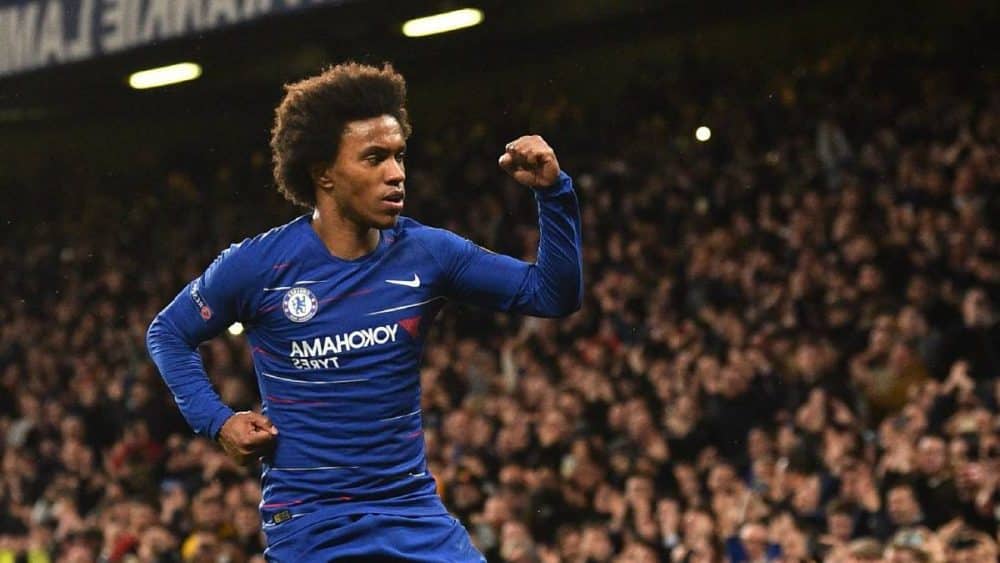 Aston Villa get ready to host Chelsea at Villa Park on Saturday after coming out of a 0-4 defeat to Leicester City last Monday.

Dean Smith's Villa have had a terrible season so far as evinced from the 19th position they are in currently on the Premier League table.

The Birmingham club are on a losing streak of 4 games and unless they don't up their game, they are in for a fifth defeat in a row.

The Villans have the worst defensive record, conceding as many as 56 goals which is by far the most by any club. At an average of 2 goals let in per game, there's every possibility of Chelsea getting past that many or more on Saturday barring unforeseen circumstances.

The hosts will desperately need 3 points to pull themselves out of relegation zone and qualify for the next Premier League season.

Much in contrast to the Villans, fourth-placed Chelsea are in much better shape and will be arriving at Villa Park on the back of wins over Tottenham Hotspur and Everton and a draw against Bournemouth.

Villa will draw some strength though from Chelsea's poor recent performances in away games. The Blues are yet to win a Premier League fixture on the road in 2020, having drawn with bottom half clubs Brighton and Bournemouth and lost 0-1 to Newcastle at St James' Park.

Overall, the Blues are unbeaten in three, scored 8 and conceded three from those PL outings.

But two of the wins have been at home at Stamford Bridge. So, they simply can’t afford any slip-up at Villa Park what with fifth-placed Manchester United hot on their heels.

For Villa, Scotland International John McGinn could return after recovering from a fractured ankle while Wesley and goalkeeper Tom Heaton remain long-term absentees.

Manager Smith may prefer Anwar El Ghazi to El Mohamady in the starting XI after coming off the bench against Leicester.

Eighteen-year old midfielder Billy Gilmour could be the center of attraction in the Chelsea line-up having performed brilliantly in recent fixtures.

Striker Tammy Abraham may still not be fit to play in the March 14th game while Lampard could welcome back N’Golo Kante and Christian Pulisic subject to assessment before the kick-off.

Mason Mount was seen limping off midway against Everton but should be fit for the Villa Park game.

Chelsea will be expected to dominate and score and their forward three of Willian, Pedro and Oliver Giroud will be in hunt for goals as they did against Everton.

The bookmakers odds are thus very much in favour of Chelsea given the contrasting forms of both the teams.

General new UK bookmakers Odds for the Aston Villa vs Chelsea match on 14/03/2020.