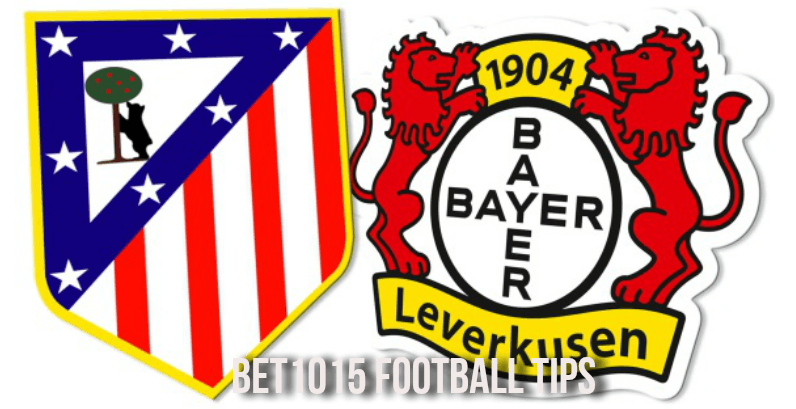 After going down to Atletico Madrid 2-4 in their own backyard at the BayArena Stadium, Bayer Leverkusen now to head to Vincente Calderon in Madrid in a bid to reverse their performance in the 1st leg. This in fact, looks a sheer impossibility given the kind of dismal form the German club is in. Since their loss to the Los Rojiblancos in February in the 1st leg, Bayer has stumbled from one defeat to another, losing a home game to Bundesliga bottom-half team, Mainz , 0-2 followed by a 2-6 drubbing at the hands of Borussia Dortmund.

The couple of defeats leave Bayer struggling at the 10th spot on the Bundesliga table. This is in stark contrast to their outings, not very long ago, in the Group stages of the UEFA Champions League where they went unbeaten from their 6 games, the high point being a 3-0 humbling of Group leader and French champions Monaco at the BayArena.

While the Bayer defence has had a propensity to leak goals they have been known more for their daring attacks and goal-scoring abilities. Their tally of 36 goal is the 5th highest among Bundesliga teams.

But the last three outings for Die Werkself have seen them score just 4 goals and one of the prime reasons for that has been the absence of their star Turkish striker, Hakan Calhanoglu, facing a 4-month UEFA ban since February 27 for a breach of contract.

This has robbed Bayer's top-scorer, Javier Hernandez, of an ideal partner when it comes to delivering goal mouth results. Calhangolu's replacement has been a relatively inexperienced midfielder, 17-year old Kai Havertz, who has yet to score from his 17 appearances for his club so far. Players of the abilities of Lars Bender and Kevin Kampl in the midfield have been well below their best of late.

Diego Simeone's Atletico Madrid, meanwhile, seem to be shaping up much better than their forthcoming European rivals. After a 1-2 loss to Barcelona in a La Liga fixture at the Vincente Calderon and a needless 1-1 draw to Deportivo La Coruna, Los Rojiblancos have bounced back well to beat 6th placed Valencia 3-0 with Antoinne Griezmann and Kevin Gameiro sharing in the spoils. Fernando Torres, one of the scorers in the 1st leg at Leverkusen, will probably be out of the March 15 having survived a major head injury. Koke, Niguez and Gabi will make up the attacking midfield options feeding scorers, Gameiro and Griezmann, upfront.

Robbed of a good attacking combination upfront post Calhanoglu's exit, it's hard to imagine Bayer Leverkusen getting away goals to make up for their 2-goal deficit against one of the most dogged defences in the world. The hosts look all set to progress into the Round of 8 with probable score lines reading 2-0 or 3-1 in their favour.