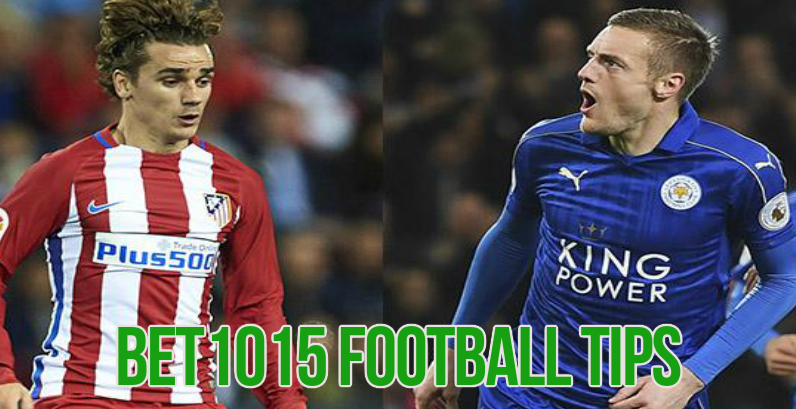 Leicester City's dreams of progressing further in the UEFA Champions League could end when they meet Atletico Madrid in the Round of 8 stage during the coming fortnight.

Los Colchoneros are firm contenders for the title. They have led their Group stage cluster that had a team no lesser than Bayern Munich.

With the likes of Diego Godín, Stefan Savic, Filipe Luís at his disposal, Diego Simeone will have the Atletico defence tightly sewn up.

This will make it extremely difficult for Jamie Vardy and Riyad Mahrez to create scoring opportunities at the Vicente Calderon.

The lightning counter attacks initiated by midfielders like Koke, Nicolas Gaitan and Carrasco lay the foundations for the quick and slick finishing by one of Europe's most feared strikers, Antione Griezmann.

Atletico are a side that boasts the least number of big names. However they may be among the most difficult teams to beat.

No wonder, they reached the finals of the UEFA Champions League twice in the last three seasons narrowly losing to their city rivals, Real Madrid.

For Los Colchoneros, the good news is that Fernando Torres could feature at the Vincente Calderon on Wednesday.

He has recovered from his head injuries. The 33-year old striker showed that he still has it in him.

Torres scored a vital away goal in the team's Round of 16 win over Bayer Leverkusen.

For Leicester City, it's been a miracle recovery since Craig Shakespeare took over the reins from Claudio Ranieri in January.

The Foxes had won 5 straight games in the Premier League. They have come deep out of relegation territory in February to an astonishing 10th position currently.

Their progress into the Round of 8 of the Champions League has been the stuff of dreams.

Not only did they lead the Group cluster, they overcame last year's Europa League champions, Sevilla, in the Round of 16 to set up a dream quarter-final clash with Atletico.

In a slight setback to the Leicester defence, skipper Wes Morgan would probably miss out on the Madrid outing.

This owing to a nerve-related problem. 30-year Tunisian Yohan Benalouane who was sidelined by Ranieri has moved into the vacuum created by Morgan and performed admirably.

He will keep company with Robert Huth, Christian Fuchs and Danny Simpson in a back line we expect to feature in the Atletico clash.

Andy King and Danny Drinkwater would be the usual suspects in the mid-field. Also Mahrez and Marc Albrighton (who has been brilliant of late) to bring up the wings.

Islam Slimani is slowly getting back into his groove with a goal against Sunderland. His heading skills will be of vital importance in the very few set-pieces the Foxes are going to get in Madrid.

Vardy, no doubt, will be the go-to man as far as goal-getting is concerned.

The prime Leicester striker has already got 5 goals from an equal number of Premier League appearances since Shakespeare took over.

Foxes fans will be looking up to him to keep up the scoring momentum away in Madrid.

However one should also factor in the shock-value of this very enigmatic Leicester City side.