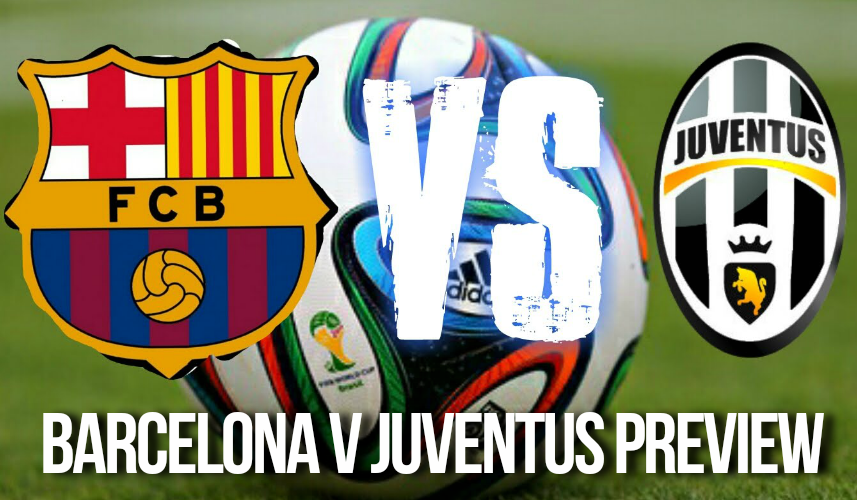 It's the Round of 8 face-off between these two great clubs once again and quite incredibly the draw has pitted them in as early as the Group stage. The last time Juventus visited Nou Camp, the hosts were held to a 0-0 draw by the Italian giants.

Barca 3-1 Juventus 13/1 – Best Odds at Betvictor
Barca 2-1 Juventus 15/2 – Best Odds at SunBets
Memories of the pre-mature exit from the UEFA Champions League still rankle the Catalans and it will be with a little trepidation they will prepare to face the 2016-17 Runners-up.

The famed MSN attacking Barca trio will be without Neymar this around, the mercurial Brazilian having left Nou Camp for a record signing fee to Paris St Germain. Barcelona's desperation in finding a replacement for Neymar has been evinced in the form of an overt interest for Liverpool marksman, Phillipe Coutinho. But having signed Ousmane Dembele for a staggering £97million, they are likely to put a lid over a potential Coutinho transfer.

At 20, Dembele is already a French international with seven caps over and above being a star forward for his former club Borussia Dortmund where he appeared in 49 games over two seasons. Whether Dembele will be an appropriate replacement for Neymar, only time will tell. But there is little doubt, that like Mbappe, he is one of footballing world's great upcoming talents. It would be interesting to see whether the young Fenchman would be fielded in a tie as big as the Barcelona v Juventus clash on Tuesday.

Meanwhile Barca are experimenting with folks like Aleix Vidal (who has the ability to play both at the back and in the wings), forward Sergi and 24-year old striker Paco Alcacer.

The going so far hasn't been bad with the Blaugrana winning both their La Liga outings this season against Real Betis and Alaves 2-0 and 0-2 respectively.

Luis Suarez has had fitness problems of late and introduced in the latter stages of both the La Liga games. Against Juve, he will be expected to be on the field for the full 90 minutes. Messi, Iniesta, Rakitic and Busquets will be the usual suspects in the attack and midfield space.

Vidal is likely to move back to a right back position and will have the likes of Pique, Umtiti and left-back Jordi Alba to give him company in the defense. Der Stegen looks the obvious choice for the goalkeeper's spot.

Juventus will arrive at Nou Camp without one of their key men in the defense, Leonardo Bonucci. The back trio of Barzagli, Giorgio Chiellini and Bonucci achieved the impossible when they denied Messi & co. last season from scoring during the full 180 minutes of play over two quarter-final legs.

Led by the legendary Buffon between the posts, Juve still have a lot of bench-strength in the defensive area. Men like Stephan Lichtsteiner, Daniele Rugani and Alex Sandro crowd the ranks.

As for the attack in the Barcelona v Juventus match, there is little doubt that the quartet of Cuadrado, Dybala, Mandzukic and Higuain will mercilessly exploit any defensive error the Catalans may commit as they did in their 3-0 win in the 2016-17 season.

The Italian club will look to hit back on the breaks in a game where the hosts will probably adopt the possession-style of play they so cherish.

The Old lady have won both their Serie A fixtures and they now take on Chievo Verona on Saturday where they can expect to add a comfortable 3 points to their present tally of six.

UK Bookies are giving Barcelona clear odds to emerge winners from next week's Nou Camp clash, the home angle probably influencing their decision to so. But then, the visitors are among the most difficult opponents to beat just anywhere.