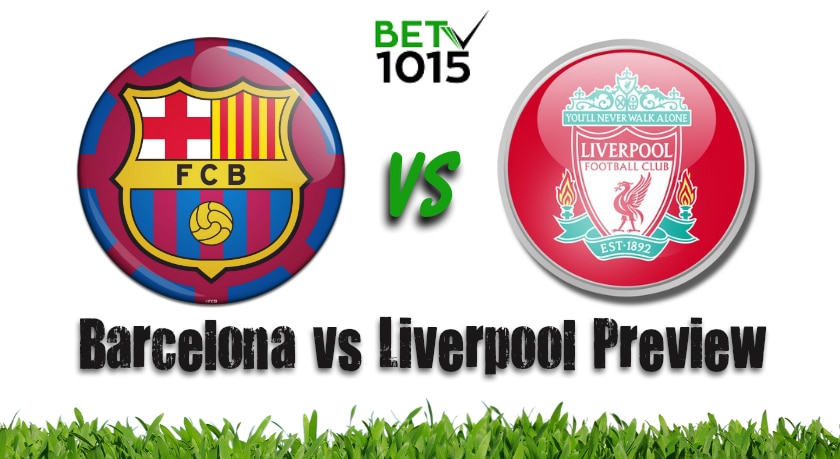 In what could have been worthy of a final, Barcelona and Liverpool are unfortunately pitted against each other in the Round of 4 with the 1st of the double-legged clash of the 2018-19 UEFA Champions League (UCL) taking place on the evening of May 1st at Nou Camp.

Barcelona, riding on the form of their talisman Lionel Messi have managed to bag the La Liga title for the 2018-19 with ease after a 1-0 win over Levante this weekend.

The Catalan giants also look to be on course to bag the Copa Del Rey and the Supercopa de Espana titles and a UEFA Champions League title will hand Ernesto Valverde a quadruple.

Liverpool are locked in bitter battle with Manchester City for the Premier League title trailing Pep Guardiola's team by just a point and with a City not relenting, the Reds could well end up English runners-up. Nevertheless, Jurgen Klopp's men are in marauding form, thrashing Huddersfield Town 5-0 during the weekend.

That is their tenth win in a row in all competitions and they haven’t lost in 19 competitive matches now.

They have defeated FC Porto in the Champions League quarters with a 6-1 aggregate, making it three straight wins in the tournament. However, Liverpool did show weakness away from English shores in the UCL Group stage games on the road to Napoli, PSG and Red Star Belgrade.

Barcelona, by contrast, have remained unbeaten in their ten European outings (winning 7 and drawing 3) in their march to the Final 4. The Blaugrana will obviously be depending on Messi to give them goals at the Nou Camp on Wednesday.

The Argentine has already notched up an astonishing 46 goals so far this across all competitions.

Luis Suarez with 21 goals, Ousmane Dembele with 14 and Coutinho with 5 don't even come close but nevertheless in tandem with the likes of Ivan Rakitic, Sergio Busquets and Jordi Alba will provide powerful support to their team talisman.

For Liverpool, the trio of Mohammed Salah, Sadio Mane and Roberto Firmino have racked up an incredible tally of 65 goals between them.

Salah who seemed to slow down for some time is back to usual form and his 100 goals for the Reds have made him the club's highest scorer ever.

Sadio Mane is in the form of his life and so is Firmino although there are injury concerns niggling the Brazilian forward. But expect him to make a start on Wednesday. Virgil van Djik is another outstanding player to watch out at the back, who is capable of shouldering twin responsibilities of attack and defense with aplomb. Both Adam Lallana and Fabinho are possibilities to return with the latter being the more likely to start. Anderson and the very impressive back Trent Alexander-Arnold could both feature midway through the game.

The probable starting XI's for both is likely to look like follows:

The fact that Barca will riding on Messi's form and the overpowering statistic of not having been beaten at Nou Camp in 31 games will give the hosts the edge.

Liverpool's frailties on the road in their European sojourns notwithstanding, a vital away goal looks very much within the realms of possibility. Their thumping wins of 1-3 at Munich and 1-4 at Porto in the knock-out stages are serious indicators that Jurgen Klopp's men have shrugged off their “away games blues”.

Predicted score-line for May 1st's Nou Camp clash: 1-1. Liverpool will even take a 1-2 result going into the return home leg at Anfield.