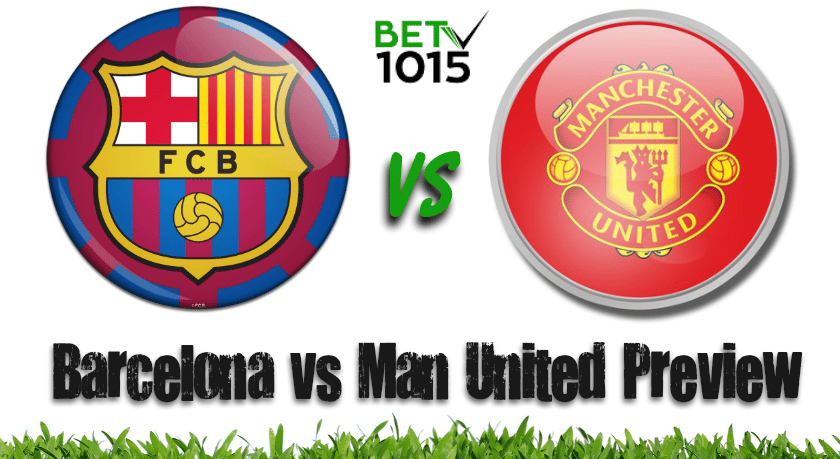 Ole Solskjaer's Red Devils make the trip to Spain for their toughest outing of the season when they face Barcelona in the second leg of the UEFA Champions League quarter-final on the night of April 16th. Manchester United are already down 0-1 thanks to a Luke Shaw own goal, though it must be said they put pressure on the formidable Catalans for better part of the match but were simply not able to translate it into goals.

After a spell of four games without a win, United managed to prevail over a doughty West Ham 2-1 in A Premier League clash on Saturday. The Red Devils rode on the back of two Paul Pogba penalties one of which was debatable. Anyways, the win meant three points for them and a chance to remain in the fight for the Top Four of the Premier League.

Solskjaer is presently confronted with defensive problems with Ashley Young, Diogo Dalot and Matteo Darmian the only fit players for these positions what with Luke Shaw suspended for this fixture. Young was poor in the first leg and involving him in the second leg could see United with a disadvantage from the start. But he could still start at the back with Victor Lindelof and Chris Smalling.

Matteo Darmian returned to the bench against West Ham, so it is likely that he may feature against Barcelona at the Camp Nou in place of Young.

Marcos Rojo was poor in the West Ham game, so it could be a toss between him and Smalling at the back.

Diogo Dalot could be back to his normal duties as a defender under such circumstances and Anthony Martial who looked very impressive against the Hammers on Saturday is likely move in at some stage of the game, if not the start.

It's the young Frenchman's speed on the flanks along with Marcus Rashford on the other that could cause the Barcelona defence some worries.

Ander Herrera (hamstring) and Nemanja Matic (illness) are among the five players who could be sidelined along with the likes of Alexis Sanchez (MCL), Antonio Valencia (muscle) and Eric Bailly (concussion). Which means Pogba and Fred could end up as key figures in the midfield in the absence of the Herrera-Matic combine. Romelu Lukaku is out of form but could still find himself in the lone striker's role.

Barcelona on the other hand seem to be in great form of late, going through all their 15 matches this year without a loss.

On Saturday, Ernesto Valverde’s invincible side drew 0-0 with La Liga bottom-scrapers SD Huesca, a game in which the 55-year old coach made as many as ten changes, resting Messi & Co. for Tuesday's vital clash. Which isn't the case with Solskjaer who cannot afford to rest key players even in inconsequential games due to injury and things like Premier League positions.

By contrast, Valverde has a fewer injury problems to deal with. Rafinha (cruciate ligament) and Thomas Vermaelen (thigh) are out of the second leg match but Sergi Roberto (muscle issues) and Ivan Rakitic (down with fever) look to be fit by Tuesday night.

The Old Tafford leg saw United players failing to take advantage of Barcelona, who surprisingly were unable to finish their opposition off. The Red Devils must start taking advantage of these scenarios, but to hope for an encore of the PSG game would be expecting a bit too much. The crux is that they need to be much better in front of the goal. Failure to beat Barcelona could result in many problems for the players and for Ole Solskjaer, too.

As for Barcelona, it's hard to envisage the likes of Messi and Suarez to go through one more match without goals. Nevertheless, they are strong favourites to progress into the Round of 4 as the odds below suggest. But then, this United side have the ability to surprise at most unexpected moments.