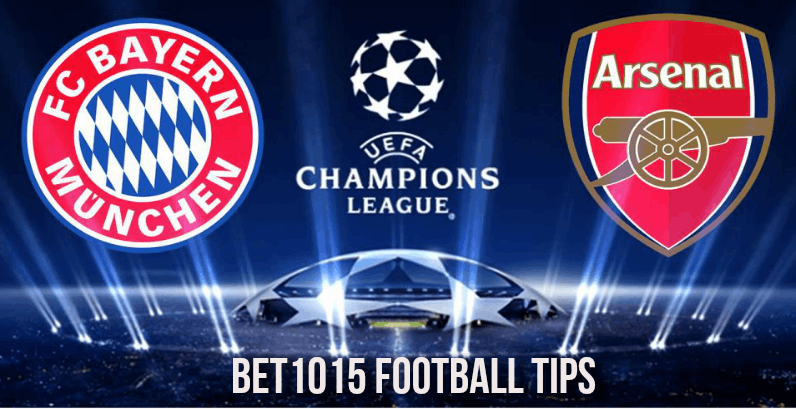 Will it be history repeating itself for Arsenal at the Allianz Arena On Wednesday? The Gunners will be running into familiar opponents in the Round of 16 stage as they did in 2013 and 2014 and had to exit the Championship. So as far as their fortunes in the Champions League is concerned, their bad luck of running into title contenders continues. In 2016 it was Barcelona.

The Gunners looked back into form on Saturday after their 2-0 win over Hull City in a Premier League clash. This came after back to back defeats at the hands of Watford and Chelsea. The Gunners seemed to have somewhat lost their scoring flair getting just 6 goals from their last 4 Premier League outings. Compare this to the 54 goals they have got from their 25 EPL games so far.

Ozil, a great orchestrator of goals, is simply off-colour  and Walcott and Sanchez have been far below their best. The absence of Lucas Perez upfront on whom Wenger spent £17 million in acquiring from Coruna, Spain, is really mystifying (he featured just for 8 finishing minutes in the match against Hull). The inclusion of the speedy Spanish mid-fielder in the starting XI will probably give the flagging Arsenal attack the much needed dynamism going into the 15 February clash.

Bayern Munich are in much better form and back to their premier position in the Bundesliga after few minor hiccups. Since their 0-1 defeat to Borussia Dortmund in November, Carlo Ancelotti’s boys have won all their 10 matches except for a 1-1 draw against Schalke 04. Robben seems to be coming out of his injury blues and could be a real threat to the Gunner defence. Thomas Muller isn’t exactly at his goal scoring best but that has been more than made up by the prolific Robert Lewandowski who already has 15 goals to his name this season.

But Arsenal can take heart from a much superior campaign in the Champions League so far.

The Gunners topped their Group with 14 points and ahead of Paris St Germain’s 12 and didn’t lose even one of their 6 matches. Bayern on the other hand could garner just 12 points form their 6 games and had to concede the Group leadership to Atletico Madrid plus the humiliation of a 2-3 defeat to a lowly FC Rostov.

For Wenger, added woes in the form of  the absence of his key midfield men like Aaron Ramsey and Santi Cazorla still linger. Both Ramsey and Cazorla look doubtful for Wednesday’s crucial clash thanks to injuries. Wenger probably will retain the current midfield quartet of Oxlade-Chamberlain, Walcott, Coquelin and Ozil for the moment. Since getting a goal or goals in away games are so vital, Wenger could even try introducing Giroud thus giving an additional striking option with Alexis Sanchez.

The Gunners will definitely try to settle for a draw if not a win which is easier said than done. Their last trip to trip to Munich was one they would like to forget. It had ended in a 1-5 drubbing which is why the odds are heavily stacked in favour of Bayern for Wednesday night’s clash. Score lines of 2-1 or 3-1 look a possibility.

Back two correct scores in favour of Bayern.