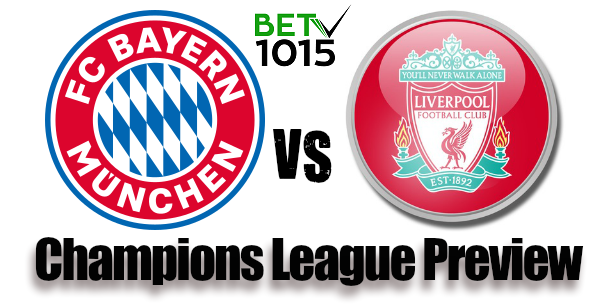 If current forms are to be compared, Bayern Munich stand heads over shoulders to their Wednesday night UEFA Champions League (UCL) rivals Liverpool. The Bundesliga title holders are back to the top of the German table. This for the first time in the 2018-19 season after their fifth domestic win in a row. Liverpool, on the other hand, have looked patchy despite their 4-2 weekend win over Burnley. Many of their games in 2019 have ended in avoidable draws. Some of them against sides like Everon, West Ham and Leicester City, hence costing them vital points. This allowed Manchester City to move to the top of the Premier League table.

As far as the UCL Round of 16 is concerned, Liverpool did well to restrict Bayern to a 0-0 draw. However they could have done better with a goal or two of their own. this would have given them a cushion going into the March 13th clash in Germany.

Jurgen Klopp's Reds will be bolstered by the return of the solid Virgil Van Dijk at the back but it's their talisman, Mohammed Salah's lack of form that's become a cause of concern. The Egyptian is going through a goal drought at the moment and hasn't scored since February 9th when he got one against Bournemouth. But he still is the side's top goal-getter in 2018-19 with 20 across all competitions.

Salah's loss of form has been made up to some extent by his striking partners Sadio Mane and Roberto Firminio, both of whom seem to be in fine nick.

The duo accounted for three of the four goals scored against Burnley on Sunday. Salah’s odds of scoring are 33/20 (2.65) any time at the Allianz Arena on Wednesday.

Bayern Munich fired in all cylinders in their 6-0 win over Wolfsburg and the man of the moment there was Robert Lewandowski whose brace helped him reach a tally of 197 goals in the Bundesliga which is the highest achieved by any foreign player in the league. Lewandowski, James Rodriguez and Serge Gnabry are expected to spearhead the Bavarian side's attack with Thomas Muller, Thiago Alcantara and Leon Goretzka playing behind them. Joshua Kimmich and Mats Hummels will be part of a strong defensive system with Kimmich having the additional ability to launch into attacks down the flanks.

Liverpool are unbeaten in their last four games against Bayern Munich. But the Reds' away form in the 2018-19 version of the Champions League has been awful. They have lost all their three games on the road in the competition. In their present form, Jurgen Klopp's men do not look likely to get past a formidable Bayern Munich playing on their home turf. The best that Liverpool could do is to look for an early away goal to put pressure on the hosts.

A 3-1 score line in favour of Bayern Munich looks a likely outcome that should take the German club into the Round of 8. But then, Liverpool are dangerous enough to spring a surprise on just anyone on their day. So, risk takers can wager on an unexpected Liverpool win.