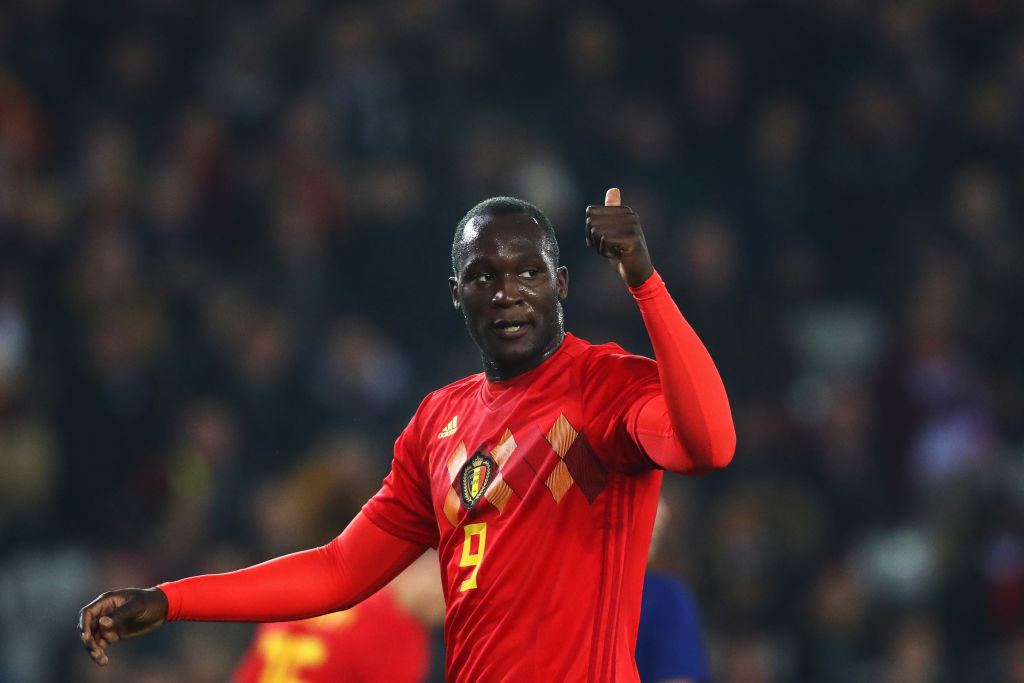 Belgium came back from being two down to score a last-second goal to win 3-2 against Japan in a match of epic proportions at the Rostov Arena.

Much in contrast to the overall frenetic pace of the match, the beginning was sedate with Japan keeping the ball for a long time in their own half and ultimately making a move in the 13th minute into the Belgian side with a long pass that went wide.

The first piece of action came off a Belgium corner in the 18th minute when Romelu Lukaku chested a ball down, spun around to take a left-footed shot but Makoto Hasebe came in the way.

Japan were beginning to get unsettled with the pace of the Belgian front trio of Lukaku, Eden Hazard and Dries Mertens.

There followed a goal mouth melee inside the Japanese box in the 25th minute after a Mertens cross.

The ball fell to Lukaku's feet within five yards of the goal-line as a result but the Manchester United forward was deprived once again with a light shove to his back by center-back Maya Yoshida and keeper Eiji Kawashima dove in on the ball at the last moment.

Eden Hazard shot in a power drive two minutes later that the Japanese custodian punched away.

Japan had their first real chance in the 31st minute with their first shot on goal from a Takashi Inui header from a Yuto Nagatomo cross that went straight to Belgian goalkeeper Thibaut Courtois.

The Belgians were in for a real scare when a Nagatomo shot went to Yuya Osako positioned yards away from the near post, but the latter was unable to spin in time and slam the ball in. Instead the ball went to Courtois who made a mess of it, the ball rolling from between his legs and somehow stopping short of the goal-line.

Danger averted in the 44th.

The drift of play during first half was a portent of things to come in the second and it came immediately from Japan. Jan Vertonghen made a complete hash of an interception with the loose ball going to Genki Haraguchi who unleashed a low-drive to the far post to make it 1-0 for Japan in the 48th minute.

Belgium were all over Japan in response to the goal. Eden Hazard's thundering shot hit the near post with Kawashima completely beaten.

Against the run of play, the Japanese dealt the Belgians their second shocker when Inui slammed one from 25 yards past a lunging Courtois. 2-0 in the 52nd minute.

The Belgians were attacking in waves now. Lulaku squandered an excellent opportunity in the 62nd minute when he couldn't handle a header from a hand-shaking distance that went wide.

With 66 minutes gone Belgian coach Roberto Martinez made two changes – bringing in Marouane Fellaini and Nacer Chadli in place of Mertens and Carrasco. This was turnaround time for Belgium who seemed to be going the way of Germany, Argentina, Spain and Portugal with just about a quarter of the game to go.

A Kevin De Bruyne cross to Lukaku went in vain as the striker's goal-bound shot was blocked by Yoshida.

Belgium tasted first blood in the 68th minute when central defender Jan Vertonghen looped in a phenomenal 15-yard header that eluded the entire Japanese defense and the keeper and settled into the far lower corner of the net.

A brilliant goal-ward shot by De Bruyne from the edge of the box was blocked by Gen Shoji a little later.

The 74th minute found a juicy left-wing cross from Eden Hazard into the box being headed by a leaping Fellaini downwards into the bottom corner of the net. The Belgians equalize sensationally in the 74th minute.

Japan were seen trying to counter-attack now with the advent of substitutes Hotaru Yamaguchi coming in for Gaku Shibasaki and Keisuke Honda in for for Genki Haraguchi.

A chance came in the way of Honda in the 82nd minute from a Kagawa ball in the penalty area but Vincent Kompany threw his body in front of a full-blooded drive by Honda.

With 6 minutes of playing time remaining, substitute Chadli made his first impact with a high cross to Lukaku whose header was palmed off deftly by keeper Kawashima.

The Japanese keeper was forced to make another save a couple of minutes later from a Jan Vertonghen 20-yarder. Brilliant defending and goalkeeping from the Japanese!.

Honda made a vain effort in the 90th minute from 40 yards but Courtois was up to it.

It was the 95th minute of play when Courtois rolled the ball to De Bruyne who ran along the empty spaces to the right and passed the ball to Thomas Meunier. Meunier delivered a low cross to Lukaku who expertly dummied it.

The ball found an unmarked Chadli who tapped it in with just 2 seconds of the final whistle to go. Belgium survive and progress to the Round of 8!

Not since the 1970 World Cup have a team come from being 2 goals down to win a knock-out game. The Japanese truly gave Belgium the scare of their lives with the early lead and some of most manic defending seen in the tournament so far. They will indeed be a part of World Cup folklore after the Rostov arena epic.

Belgium now face Brazil who didn't have much difficulty in disposing off Mexico 2-0 in another Round of 16 match at the Samara Arena.

Mexico made all the right moves but score. They outplayed Brazil for large swathes of the first half but were hardly able to trouble goalkeeper Alisson.

Brazil found their rhythm in the second half with William orchestrating most of the attacks down the right flank. Goals came from the Selecao in the 51st and 88th minute through Neymar and substitute Roberto Firmino.

For Mexico, chances came Hirving Lozano and Carlos Vela's way but their attempts were wide of the mark. Guillermo Ochoa was at his best, preventing the 5-time World Champions from adding to their tally of two.

The Mexicans were technically excellent and played eye-catching soccer but seriously lacked in finishing. After their 0-3 defeat to Sweden in the Group stages it wasn't difficult for anyone to deduce where their match against Brazil at the Samara Arena would be headed.

- Deposit and bet £10 to get your £10 Free Bet.
14
Bet Bet
18 + Terms & conditions apply
18+, New Players only, 1st deposit, Minium Deposit: £10, maximum £10 free bet valid for 14 days, bets must be placed at odds of 1/1 or greater and be settled within 14 days of placement. System bets are not eligible. Only depositing using specific payment methods only. Full T&C's apply.

- New Mansionbet Sign Up Offer for July 2020.
15
Bet Bet
18 + Terms & conditions apply
New customers only
Min deposit £10 (UK debit cards only)
Bet £10 at odds of evens (2.0) or greater
Multiple bets with cumulative odds of evens (2.0) count, each leg must have odds of 1/5 (1.2) to be eligible.
Each way bets are eligible for this promotion.
Upon qualifying bet settlement, 1 x £5.00 Free Bet will be credited to your account. Once the first £5.00 Free Bet has been used a further 3 x £5.00 Free Bets will be applied to your account.
Free bet stake not returned after bet settlement.
Valid for 7 days, each Free Bet must be used in its entirety

- £1 No Deposit Free Bet & 50% Back of First Day Sportsbook Losses up to £25 Or a Guaranteed £5 Free Bet if you win.
20
Bet Bet
18 + Terms & conditions apply
UK players only. Separate offer for Ireland players. Full Terms and conditions apply. 18 + only. Begambleaware.org

- 100% Deposit Bonus Instant credit on First Deposit of 10 Min..
26
Bet Bet
18 + Terms & conditions apply
1. The 100% Welcome Bonus is available for all the new customers who deposit a minimum amount of €10. This bonus can only be claimed once.

2. The Welcome Bonus is worth one hundred percent (100%) of the corresponding deposit amount up to a maximum of €100.

3. The bonus amount needs to be turned over at least twenty (20) times on sports bets. Also, the deposit amount must be turned one(1) time before a withdrawal can be requested. Customers must place multi bets with at least two selections per betting slip and with minimum odds of 1.50 for every selection.

4. Bets that are settled with odds of 1.00, as well as system bets, will not count towards the wagering requirements of the bonus.

5. The maximum stake amount that counts towards the wagering requirements of this bonus is €100.

6. Only one selection per match and sporting event is relevant for the bonus turnover requirements. Multiple bets on the same matches are restricted with this bonus active.

7. The current bonus expires 30 days after the day it has been awarded. Ιf the customer has not fulfilled the wagering requirements of the bonus in the given time, the bonus amount and the winnings will be removed. Note, that the deposit amount that has been placed in bets and lost will not be returned.

8. Customers are only allowed to claim one Welcome Bonus – either Sports or Casino – with their first deposit.

10. The 100% Welcome Bonus cannot be used in conjunction with any other bonuses.

11. Winnings generated from this bonus will be capped to a maximum withdrawal amount of 20x (20 times) from the initial bonus amount and up to a maximum of 2,000€.

12. In order to transfer the amount to other wallets or to request a withdrawal with this bonus or the corresponding winnings from this bonus, the rollover requirements have to be fulfilled.