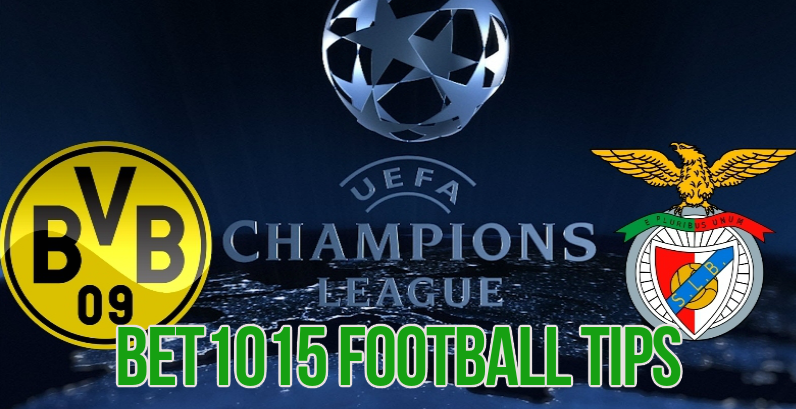 It will be a battle between two sides that have the biggest appetite for goals, in all Europe. Monaco have scored an astonishing 87 goals from their 30 French Ligue 1 outings.

Dortmund meanwhile showed what they are capable of by pumping in as many as 21 from their 6 Group stage games in the UEFA Champions League. Both led their respective groups in the Champions League.

Even a team of the calibre of Real Madrid, the title holders, had to concede the 1st position in their cluster to Dortmund. Monaco on the other hand knocked out the powerful Manchester City in the Round of 16 to make an entry into the quarter-finals.

Leonardo Jardim's side aren't likely to be daunted by the overwhelming atmosphere at the Signal Iduna Park. They will launch into counter attacks from the word go. He will have the hugely talented Kylian Mbappe (who has 19 goals to his name in the current season) upfront to assist the irresistible Radamael Falco (Monaco's top scorer with 24).

Nabil Dirar, Fabinho, Moutinho and Thomas Lemar will comprise a very attacking midfield that complements the 4-4-2 formation so successfully used by Jardim this season.

Thomas Tuchel will be even more inclined to attack as his favourite 4-4-3 formation would suggest. His striking options are the omnipresent and prolific Pierre-Emerick Aubameyang. He has scored the lion's share of Dortmund's goals this season with 31 already to his name together with Ousmane Dembele.

Folks like the brilliant play maker Marco Reus, Andre Schürrle and Christian Pulisic who are essentially midfielders/wingers can also double up as strikers. This all makes Dortmund such a potent goal-scoring machine.

With both sides possessing such attacking intent, defences will be under great pressure. Both goalkeepers especially, Roman Bürki (Dortmund) and Danijel Subasic (Monaco) will be kept on their toes. Monaco's recent form has been of a high order.

The French Ligue 1 leaders, ahead of Paris St Germain by 3 points, have remained unbeaten in 2017. They have won their previous four Ligue 1 outings on the trot. The only recent blemish was an unexpected 1-4 trouncing at the hands of PSG in the French League Cup (Coupe de la Ligue) finals.

Dortmund haven't been as impressive in the domestic circuit. They are in 4th spot on the Bundesliga table and a distant 15 points behind leaders Bayern Munich. They have won just two of their last 4 Bundesliga outings and lost one.

Dortmund have managed to reach the semi-finals of the DFB-Pokal cup. There they will be playing arch-rivals Bayern Munich in April end.

For Monaco this will be the first entry into the Round of 8 of the Champions League. Dortmund were finalists as recently as in 2012-13.

The advantage of playing at home at the Signal Iduna Park where Dortmund are so hard to beat, have weighed on the bookmakers odds which show the hosts as clear favourites. But without any history between these two teams, one should keep one's fingers crossed and anticipate some very exciting fare.