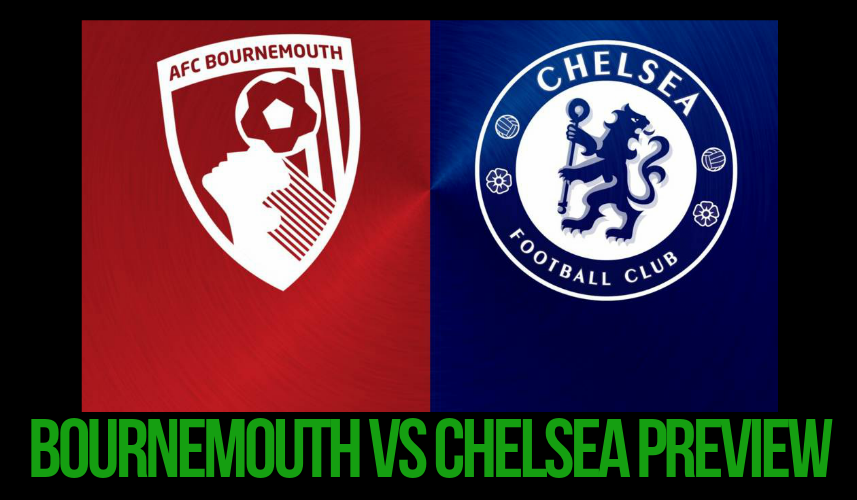 Bournemouth recorded their only 2nd win of the 2017-18 season when they a sprang a 1-2 surprise away against Stoke City. The two goals by Andrew Surman and Junior Stanislas were among the measely six the Cherries have scored from all of their nine outings so far. Eddie Howe's men were pegged mostly to their own half after getting the two goals inside eighteen minutes by a resurgent Stoke attack, but somehow managed to survive.

A similar strategy may not work against visiting Chelsea at the Dean Court on Saturday. Even with a shaky back-line (that got reguralarly breached by Watford attacks at Stamford Bridge), the Blues aren't likely to concede against a Cherries attack of Stanislas, Lys Mousset and Benik Afobe that has largely been ineffective. Their defense had held out well against top-class oppositions like Manchester City and Tottenham (having lost just by one-goal margins to both) and keeping that in mind one may reckon that Chelsea may find scoring a bit hard on Saturday.

For Chelsea, Michy Batshuayi came to form at the right time striking his only two Premier league goals in his side's 4-2 win over Watford last weekend. Even with the expensive Alvaro Morata (Chelsea's top scorer) a tad indifferent of late, Pedro and Eden Hazard are combining brilliantly and made up for the Spanish striker's recent lack of form.

Defenders, David Luiz and Cesar Azpilicueta, while showing great attacking initiative have been caught napping at the back as was evident in the face of the Watford attack's incisive runs into their box and as many as sixteen attempts on goals were made on the Blues' goal (of which at least two miraculously didn't find the back of the net)

The Cherries may not have the quality to mount such an attack as the Hornets did at Stamford Bridge, leave aside scoring goals. At the best one can expect them to defend dourly against a Chelsea side that's not been exactly high on goal-scoring (17 from their 9 games compared to Man City's 32 and Manchester United's 22 from same number of games).

Bournemouth have lost three of their previous four games against Chelsea since their advent into the Premier League in the 2015-16 season. The Blues are indeed favourites to win the Bournemouth vs Chelsea clash at Dean Court and remain entrenched in the Top 4 while the hosts stagnate in deep relegation zone.

Coach Eddie Howe’s men are just a place above bottom-scrapers Crystal Palace in the 19th spot.