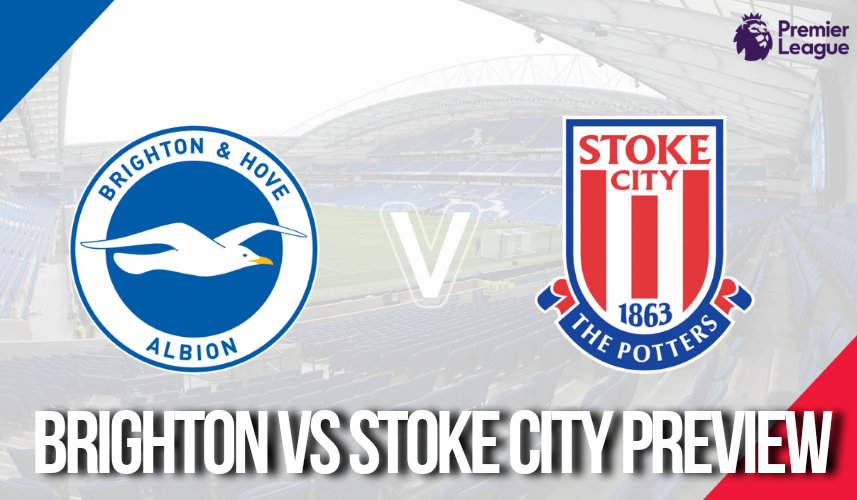 Brighton and Hove Albion couldn't have asked for a better debut in the English Premier League as evident from the enviable 8th spot they find themselves in after their 0-1 away win at Swansea. This comes on the heels of three unbeaten games that included an emphatic 0-3 win over West Ham United in mid-October.

Brighton face a tough week ahead

Coach Chris Hughton's Seagulls now prepare themselves for a gruelling week that starts with Monday night's clash with Stoke City at home and ends with Manchester United at Old Trafford on Friday.

The reserves of Brighton are going to be tested big time, especially with Ireland defender Shane Duffy already on three yellow cards and fellow back Lewis Dunk accounting for two.

Seagulls Good on the Counter Attack

Forwards Glenn Murray, Tomar Hemed, Izquierdo Mena and Pascal Groß will have key roles to play upfront as usual, hitting on the breaks. Brighton have been very low when it comes to ball-possession and have been very good at counter-attacking. In their 0-3 win against the Hammers, their ball-possession rate was as low as 35%.

The worrying point for Hughton will be for the Brighton mid-field and defence not to crack at some point of time against more stronger and determined attacks.

In playmaker Xherdan Shaqiri and Eric Choupo-Moting, Stoke City have the kind of men who can exploit any kind of weakness Brighton show while defending, not to forget the evergreen header, Peter Crouch. The defence has quality in the likes of Kurt Zouma, Ryan Shawcross, Kevin Wimmer, Bruno Martins Indi and England international Jack Butland between the posts. But still the Potters find themselves in the bottom half of the table at 14th.

Stoke's progress in the current season has been peppered with defeats just in moments when they seemed like recovering. Their recent performances against Waford (1-0) and Leicester City (2-2) were commendable and a probable win against Brighton on Monday would put them on course towards the top half.

A chance for Brighton to turn the tables

Stoke have beaten Brighton in all their last 8 meetings at the League Division and League Championship levels. But come the English Premier League of 2017-18, Chris Hughton's Brighton are at a different level altogether for the first time in their history.

The Seagulls are indeed the online bookmakers favourites in the November 20 clash at the Amex stadium, Brighton. A score line of 2-1 for the hosts is among the most popular odds. But Stokes’ fighting qualities as seen in their recent outings with Leicester and Watford could unexpectedly tilt the scales.