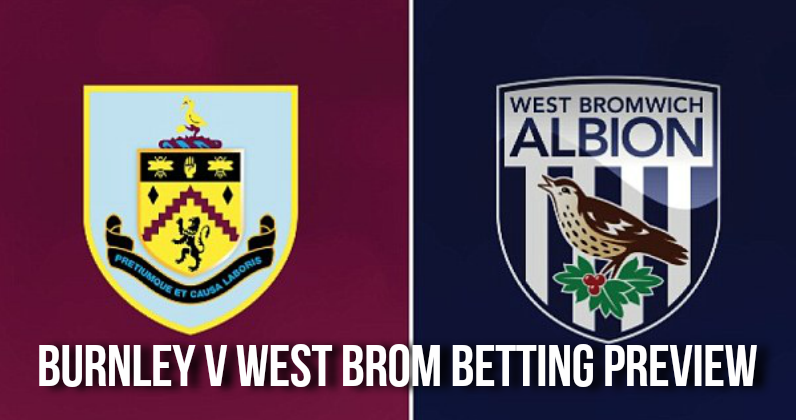 No team could have asked for a more sensational start to a season than Burnley. Sean Dyche's men did the impossible when they overcame Premier League champions Chelsea 2-3 in their own backyard, Chelsea. That the hosts were down to nine men by the 81st minute cannot take away the spirited show the Clarets put up on Saturday. They will be indeed be raring to go at the Turf Moor when they receive West Brom for their 2nd Premier Clash.

The Baggies will arrive on back of a insipid win over Bournemouth in which the lone goal came from their debutant Egyptian defender Ahmed Hegazy. Hegazy combined well with another new £12 million acquisition from Southampton, striker Jay Rodriguez, to salvage a match in which Bournemouth completely dominated possession.

Going into Saturday's Turf Moor clash, ball possession will be one of Tony Pulis's main worries. The match against Bournemouth was the 15th occasion under Pulis in which the Baggies have had less than 30% of the ball in a game. If this trend were to continue against Burnley, the back line of Allan Nyom, Craig Dawson, Chris Brunt and Hegazy will have their tasks cut out against the opportunism of Sam Vokes & Co.

It was Vokes's brace that sealed Chelsea's fate last weekend and Dyche will be looking to his prime striker to do an anchor at the Turf Moor on Saturday.

Defensive mainstays James Tarkowski and Ben Mee after their resolute display against Chelsea could make it hard for Rodriguez & Co.to get goals.

Pulis who brought in Salomon Rondon only in the dying minutes of the Bournemouth may have to include the Venezulelan striker in his starting XI at Turf Moor. The injury-prone Rondon was one of West Brom's leading scorers with 8 goals from his 37 appearances in the 2016-17 season.

Burnley have not lost in any of their previous 5 encounters against the Baggies at Turf Moor since 2007, three of them being wins. Sean Dyche's men will definitely look to improve on the 16th position of last Premier League season. In doing so, they couldn't have asked for a better start and despite the visitor's position in the Top half of the table, the odds for Sean Dyche' registering their 2nd win of the new season are high.

Sam Vokes seems to have have shrugged off striking partner Andre Gray's departure to Watford and looks poised to find the back of the net for the 5th consecutive time in August 19th's Burnley v West Brom home clash.