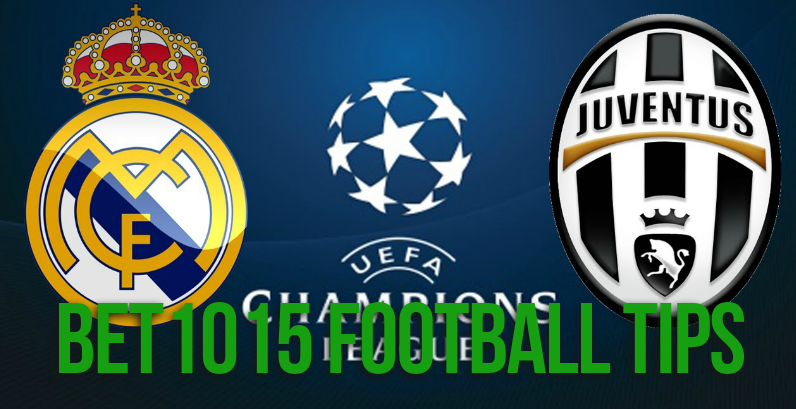 Two of the biggest power-houses of European football will fight it out for the crown of continental Champions at Cardiff on June 3.

While title holders and 11-time winners Real Madrid had a few few hiccups on their way to the final they came off 2nd to Borussia Dortmund in the Group stages and three draws to boot. Juventus emerged clear toppers in their group and their progress through the knock-out stages was emphatic.

The Bianconeri conceded just one goal from their six outings in the elimination phase. The high point of which was a 3-0 win over Barcelona in the quarter-finals.

Both teams managed to secure top slots in their respective national leagues, the La Liga and Serie A. Juventus achieving a local double by lifting the Coppa Italia, too. While Los Blancos' appetite for goals has been relentless, Juve have been the paragons of defensive masterclass. The manner in which they shut out a prolific Barcelona for 180 minutes in the Round of 8 was a lesson in ultimate defence itself.

But will the impenetrable Bianconeri wall led by the indefatigable Gigi Buffon, Andrea Barzagli, Giorgio Chiellini & co.put a halt to the consecutive run of 62 games in which opponents couldn't stop Real Madrid from scoring?.

There's little doubt that this will be the hardest side for Zinedine Zidane's men to get a goal against this season. The likes of Ronaldo, Benzema and Bale will be tested to the limits by the world's most formidable back-line.

For Real , there could be minor changes upfront with Isco probably featuring in the starting XI in place of Gareth Bale. This given the diminutive Spaniard's impressive form in recent games. Luka Modric and Toni Kroos are also expected to recover from the injuries incurred in Real's last La Liga clash against Malaga.

Striker Alvaro Morata could also make a brief appearance against his former club. So, it will be a Real Madrid side in full strength going guns-blazing at their Italian rivals at Cardiff.

Apart from from their great defensive prowess, what the Los Blancos will have to watch out for is the lethal counter-attacking game of their opponents. This will be mostly orchestrated by the likes of Sami Khedira in the middle.

Juan Cuadrado and Miralem Pjanic on the flanks. Plus the deadliest of finishes by the fearsome striking trio of Gonzalo Higuain, Dybala and Mario Mandzukic.

Sergio Ramos, Dani Alves and Marcelo will have their work cut out at the Real Madrid back-line. However their immense attacking qualities (rarely seen among full-backs) is a great bonus for the side's overall strength. That's what makes Los Blancos a champion side.

The Italian giants have got the better of Real on 5 out of the 10 occasions that these two have met since 2002. Juventus had knocked out their rivals from Madrid in the 2015 on a aggregate of 3-2 in the semifinals only to lose out to Barcelona in the finals.

It's the second final in three years for Juventus. It will be the Spanish giant's third in 4 years having bagged titles in 2014 and 2016. So, both teams will be heading to Cardiff on the back of strong recent histories.

Popular betting odds point to a 1-1 scoreline at the end of playing time with Real Madrid winning on penalties. For Gianluigi “Gigi” Buffon, Juventus's icon-cum-talisman-cum-mascot, the Cardiff finals could be one of his last shots at ultimate club glory.