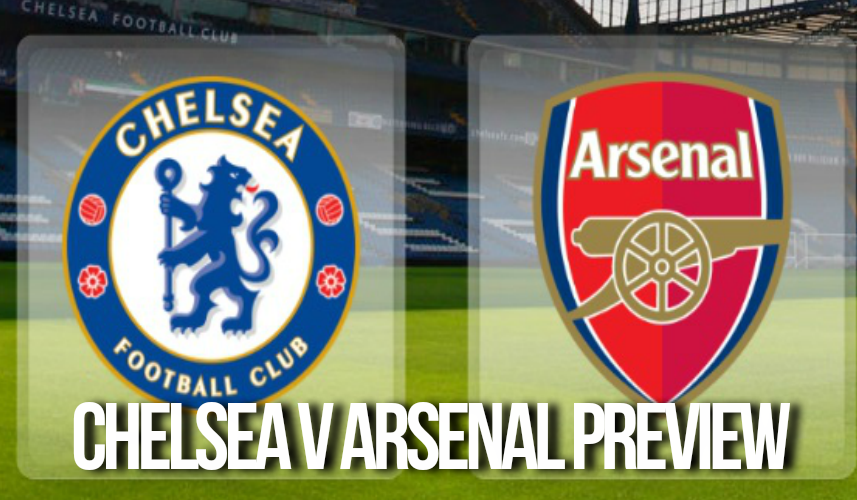 The Blues have put behind their shock opening loss to Burnley and bounced back with three consecutive wins to catapult themselves to the 3rd position on the Premier league with nine points, just one point behind leaders Manchester City and United.

Antonio Conte's men now prepare to receive Arsenal for a critical Premier League clash at Stamford Bridge on Sunday. For Arsenal Mesut Ozil, Granit Xhaka and Aaron Ramsey who are so critical to the mid-field play showed signs of finding their feet in the Gunners 3-0 win over Bournemouth after the 4-0 humiliation at the hands of Liverpool previous week.

Right back Hector Bellerin showed great versatility in moving up and down the flanks, orchestrating attacks as clearly evidenced from the right sided nature of Arsenal attacks on Saturday. Expect Antonio Conte to negate that tactic when the Gunners run into Chelsea on Sunday.

Danny Welbeck's brace against the Cherries is a welcome sign of his form coming back. Alexandre Lacazette's has been consistently good throughout, although it's been an inept Arsenal mid-field that has let the ex-Lyon striker down on occasions. Wenger will, of course, pin his hopes of the talismanic Alexis Sanchez coming back to his original self. The Chilean striker is going through a rocky phase with controversies surrounding his tenure at Arsenal and the poor show in the recent WC 2018 qualifiers. Koscielny, Mustafi, Monreal and Bellerín will have a job on their hands in the Chelsea v Arsenal clash containing the brilliant Alvaro Morata and Willian.

The Spanish striker already has five goals for his new club and along with Eden Hazard likely to join the Blues' ranks on Sunday, will terrorize the Gunner defense for sure.

Victor Moses and N'golo Kante will be the mid-field mainstays and the back-line comprising of Azpilicueta, David Luiz and talented young Antonio Rüdiger who looked shaky at the start of the season seem to have found their groove back. They look capable enough to capitalize on the goal-mouth uncertainties of the Arsenal forwards.

Chelsea ‘s mid-week 6-0 crushing of Azerbaijani club, FC Qarabag in their UEFA Chhampions League opener was especially satisfying for Conte because two of his new imports like Davide Zappacosta (Torino), Tiemoue Bakayoko (Monaco) struck goals on debut. Even the not-so-usual suspects like Azpilicueta, Pedro and Batshuayi were among goals. Morata was obviously rested for the Sunday’s EPL clash while Hazard featured for the last 30 minutes of the game against Qarabag.

Arsenal in their first Europa League outing in almost two decades (by virtue of being ousted from the top 4 of the English premier League in 2016-17) take on the 5th placed German side FC Koln in what could turn out be a tough one for the Gunners despite being a home game at the Emirates.

As for the Chelsea v Arsenal Premier League outing between the two English sides on September 17, Chelsea are the clear bookmaker favorites with a score line reading 2-1 in their favor a most likely outcome. But if the Gunners are to suddenly find form post their FC Koln clash, then it could be a different story altogether.