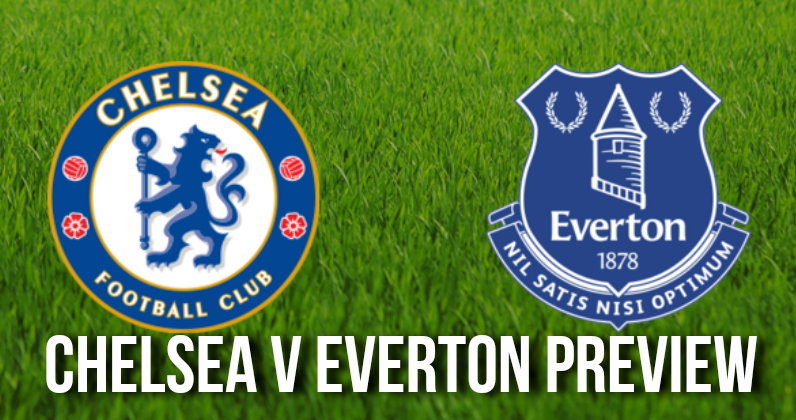 For someone whom Manchester United let go for free to Everton, Rooney's tenure so far at Goodison Park has been nothing short of sensational. The veteran English international forward and a United icon who was virtually written off for good got his 200th Premier goal on Monday night against a formidable Manchester City at Etihad.

With one win (1-0 over Stoke City) and a draw (1-1 against Man City), Ronald Koeman's men now prepare for a London trip to take on Premier League champions Chelsea.

Chelsea will probably go in with the same team that played in the 1-2 win over Tottenham at Wembley.

Fans are hoping that Eden Hazard will recover in time for the Everton clash to lend support to striker Alvaro Morata who seemed somewhat beleaguered at the Wembley clash.

Marco Alonso, who scored those two miracle goals to give the Blues a win at the Wembley last weekend cannot be expected to repeat the same feat once again. Alonso just has 6 goals to his credit from his 35 outings in the 2016/17 season and is not essentially a goal-scorer.

If Morata were to be out of touch in the Everton clash, goal-getting could be a problem, which explains Chelsea's desperate hunt for another striker.

Moses, Luiz, Kante and Alonso have been impressive in the mid-field and 24-year old German import from Roma has been a real revelation at the back and along with Azpilicueta and Gary Cahill should form the bulwark for the Chelsea defense going into future games.

Michy Batshuayi who was introduced late into the Tottenham clash may be eased out in the coming games as the ex-Marsielle striker has failed to impress in the 2016/17 season considering the huge price Chelsea paid for him then.

Everton will go into the Stamford Bridge clash with the same 3-5-2 formation that paid them such good dividends in this season so far.

The experienced back trio of Phil Jagielka, Ashley Williams and Michael Keane were brilliant in blocking off a rampaging City attack at the Etihad on Monday night and will be expected to do the same at Stamford Bridge on Sunday.

A good understanding seems to be developing upfront between Sandro Ramírez and Rooney and it would be foolish to write off the goal-scoring abilities of the United veteran.

Morgan Schneiderlin will be out for a couple of matches having being red-carded in the City clash. One of Everton's most expensive acquisitions till date, the £45 million Gylfi Sigurosson (the Icelandic mid-fielder from Swansea City) will in all probability make his first appearance for his new club in the Chelsea clash.

Chelsea beat the Toffees in both their home and away games 5-0 and 0-3 last season, but had lost two of their three encounters before that to the visitors. Bookmaker odds heavily favor the champions to win the Stamford Bridge clash, but Everton have the capability to spring a surprise.