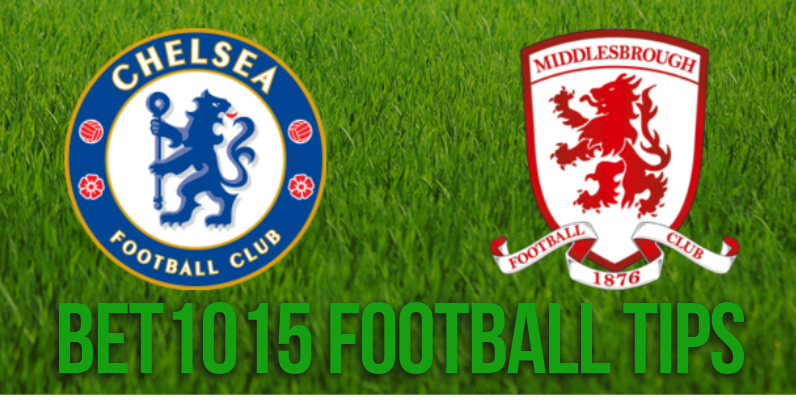 With an impressive win over Everton last weekend, Chelsea moved into full gear, coasting towards one more Premier League title after they won it for the 2014-15 season. Antonio Conte's men rose to the occasion at Goodison Park in the second half and pumped in three goals to finish a 0-3 win against a side that was so very hard to beat at home this season. This was the same Toffees side that had demolished one of the then title-contenders Manchester City 4-0 in a home game.

For once it wasn't folks like Deigo Costa or Eden Hazard who were doing the scoring. The Everton clash brought to the fore the finishing abilities of men like Pedro, Gary Cahilll and Willian which is an attacking bonus going into the Blues' home clash against 19th-placed strugglers, Middlesbrough. Conte's boys seemed to have put April's defeats to Crystal Palace and Manchester United behind them by clocking up smart wins against Southampton and Everton.

Steve Agnew’s Middlesbrough in a last gasp effort to come out of relegation territory put up a brave front in their 2-2 draw against powerful Manchester City at the Riverside stadium. Despite all that, they are stuck to the 19th position on the Table and look like staying there post their Monday's outing with Chelsea. Adama Traore and Alvaro Negrodo need to come up with the same kind of initiative they showed while counter-attacking the Man City waves at Stamford Bridge on Monday night. The Boros will as usual bank on Negredo to get them goals. The 31-year old Spanish striker alone accounts for 8 of the meager 26 goals his side have scored in season so far. Fabio, Calum Chambers, Ben Gibson and George Friend were all impressive in their defensive roles at the Riverside stadium against a dominant City attack. They can surely expect waves of the same against Chelsea on Monday.

Chelsea will field their strongest possible team and have no injury issues except defender David Luiz who was forced out of the Everton match half way. Victor Moses, N'golo Kante, Nemanja Matic and Marcos Alonso comprise a midfield line-up that can boast to be among the best in the world. Pedro, Eden Hazard and Diego Costa will be the mainstays when it comes to getting goals.

The Boros despite their plethora of losses this season (as many as 17 of them) have managed to frustrate top-notch teams like Manchester City, Arsenal and Everton along the way with drawn games. Chelsea are clear favourites to win in May 8th's clash and will leave no stone unturned in earning the three points needed to keep them unperturbed at the top of the table. But they will careful in not treating the visitors lightly. On their last visit to the Riverside stadium, Conte's men were made to sweat for a 1-0 victory. At Stamford Bridge on Monday, it will be a much more confident Chelsea confronting a beleaguered Middlesbrough, who may have to kiss next season's Premier League goodbye.