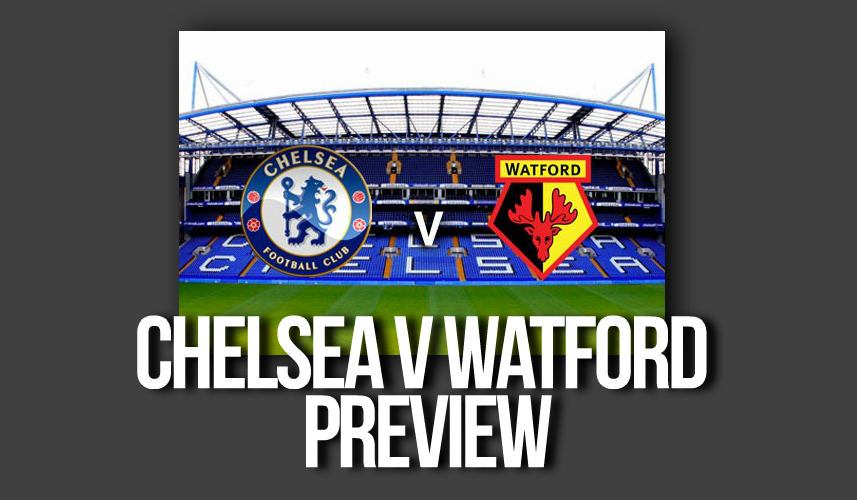 Premier League title holders, Chelsea, got their second consecutive jolt when they lost to minions Crystal Palace 1-2 away at Selhurst Park on Saturday. Coach Antonio Conte rested his key striker, £62 million signing from Real Madrid, Alvaro Morata, just ahead of the mid-week UEFA Champions clash against Roma and may have paid dearly for it.

The Blues were further handicapped by their main mid-field architect, N'Golo Kante, having to leave the field early in the Crystal Palace clash owing to a hamstring injury. Both Kante and Morata will in all likelihood, feature in the Chelsea starting XI of the weekend clash against Watford, who have stormed ahead of the Blues to the 4th spot on the EPL table, post their 2-1 win over a beleaguered Arsenal.

The visiting Hornets may not be as lucky as they were against the Gunners on Saturday, when they got away with a controversial penalty and an injury-time winner from Tom Cleverly. They will have goalkeeper Heurelho Gomes to thank, too. Gomes was exceptional against Arsenal, saving at least three certain goals.

Coach Marco Silva's focus will be on exploiting a somewhat lackadaisical Chelsea defense that was cut apart by a resurgent Wilfred Zaha at Selhurst Part. He also will have noted the acres of space Palace defenders gave to substitute Chelsea players, Davide Zappacosta and Pedro, along the flanks and block any such moves at Stamford Bridge. However, the advent of Morata and Kante in Saturday's game could breathe life into a sagging Chelsea morale.

For Chelsea, a win would be a must considering that they have been pushed to the 6th place after losses to Manchester City and Crystal Palace. Antonio Conte will also bear in mind that this was the same Watford side that got crushed at home 0-6 by Manchester City not very long ago.

Watford have a dismal history against Chelsea. The Hornets haven't won in any of their 12 games against their weekend hosts in this millennium. In fact, they have lost in nine of those. Despite their vaunted position on the EPL Table and one of their best starts ever to the Premier League season, few are giving Watford a chance to emerge winners from October 21st's game. For Marco Silva's men, it will be an opportunity to make their good fortune work and for the hosts a chance to earn a much-needed three points and move up the points table.