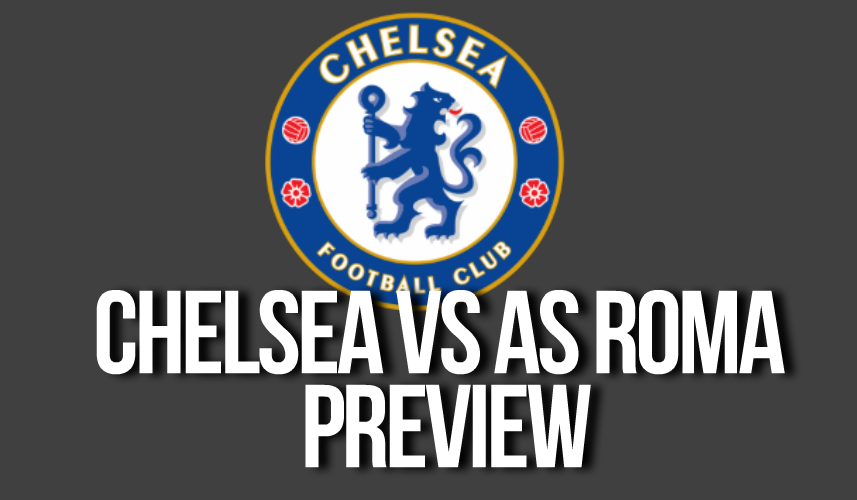 Chelsea's European sojourn for 2017-18 got a big boost when they achieved almost the impossible by beating a very difficult Atletico Madrid side 1-2 away in their own backyard. Alvaro Morata, Edin Hazard and Michy Batshuayi showed great imagination and initiative upfront to secure the morale-boosting win in Spain. By brushing aside Azeri club Qarabag 6-0, the Blues already have one foot in the Round of 16. They now prepare to receive AS Roma in a Group C clash at the Stamford Bridge on Wednesday.

Chelsea vs AS Roma Best Odds

Best AS Roma Odds: 9/2 at WilliamHill

The Italian club, despite being next placed to Table toppers, Chelsea, are making heavy weather of their progress in the Group. They came out of a gruelling 0-0 draw at home against Atletico (a match where they were lucky not to have lost) and a tough 1-2 away win at Baku against minions Qarabag. Manager Eusebio Di Francesco has kept things tight in the defense. Led by the ex-Man City man Aleksandar Kolarov, Roma have conceded the least number of goals in the current Serie A season, but found it tough to get goals. Forwards Edin Dzeko, Stephan El Shaarawy and Alessandro Florenzi have their jobs made out to keep a clean-sheet against a rampaging Chelsea attack led by the likes of Morata, Hazard, Willian, Fabregas and Pedro.

Against Roma, Antonio Conte will stick to the 3-4-2-1 that worked so well against Atletico, where a packed defense-cum-midfield choked up the rival attack and left the likes of Hazard and Mcut out at Stamford Bridge where away goals would be of paramount importance for them.

On the domestic front, Chelsea will be enjoying one of its easiest outings in the Premier league against rank-bottom side, Crystal Palace, and should maintain their 3rd spot on the EPL table post that game. Roma, on the other hand, will be taking on Serie A Table-toppers Napoli this weekend and could make the long trip to London feeling motivated if they can get past the League leaders. Roma are currently in the 5th spot of the Serie A table and a clear seven points below Napoli.

The Blues had last played AS Roma way back in 2008 in the Champions League and won their home game and lost the away fixture. Something on those lines could recur this time, too. Chelsea apparently look the winners in October 18th's Stamford Bridge clash.

Chelsea vs AS Roma Prediction