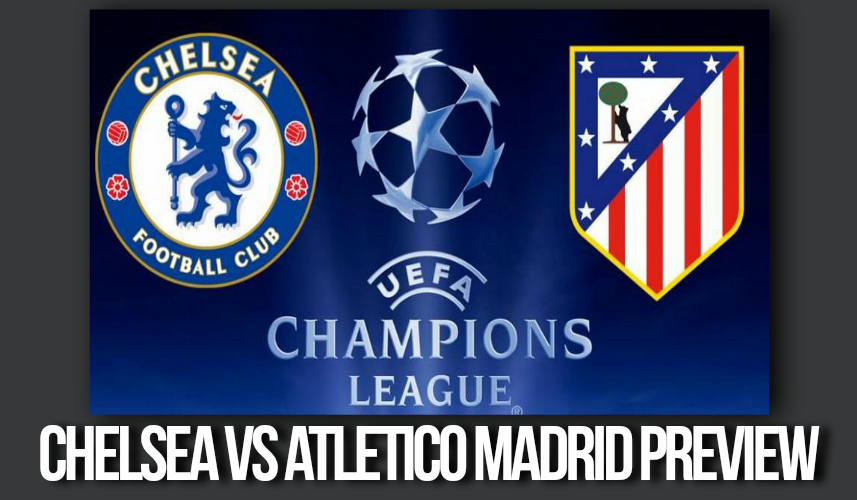 Chelsea are expected to repeat the brilliant show they put up when they last visited Spain to play their 1st leg UEFA Champions League (UCL) in September. Excellent second-half goals from Alvaro Morata and Michy Batshuayi sealed a 1-2 away win. This against a team that was invincible at home.

Coach Diego Simeone's Los Colchoneros however are finding it difficult to find their feet in their spanking new venue, Wanda Metropolitano, that has replaced the familiar environs of the Vicente Calderon Stadium.

The new venue has witnessed Atletico not just concede defeat to Chelsea but also held to an embarrassing 1-1 draw to the already ousted Qarabag FK in a UCL Group clash.

But green shoots of an Atletico revival seem very much round the corner at the Wanda Metropolitano. After posting an impressive 2-0 win over Roma last week. That was followed by an emphatic 0-5 win over Levante on the domestic front.

Both these results bode well for Los Colchoneros before their trip to English soil. Even more comforting is the return to form of strikers Antoine Griezmann and Kevin Gameiro. They have had a quiet spell so far. However they have come to life with three and two goals in the matches against Chelsea and Levante.

Chelsea Four from Five in the Premier League

Chelsea, meanwhile, are enjoying an excellent European campaign. They have already progressed to the Round of 16 of the Champions League. At home in the English Premier League they have registered four wins out of the last five fixtures. The last one being a satisfying 1-1 draw with Liverpool at Anfield.

Main scorer Alvaro Morata along with Eden Hazard and Marco Alonso seem to be striking form at the right time getting goals of late. Cesc Fabregas has found an able partner in the mid-field space in the form of Leicester City-import, Danny Drinkwater. Right-back Davide Zappacosta has shown great flair. He has an ability to move down the wings and create goal-scoring opportunities.

All this makes for a daunting Blues attack that can very well put the visiting Atletico under the sword from the word go at Stamford Bridge on Tuesday.

The visitors will miss the services of the very experienced Juanfran at the back. He is out for weeks with a hamstring injury. But Simeone for the moment will have Jose Gimenez, Stefan Savic, Diego Godin and Filipe Luis at the back.

A win for Atletico at Stamford Bridge will be of extreme importance. This given that in another match Roma have a comparatively easy home outing against Qarabag. While Chelsea lead the Group C cluster with ten points. Roma have eight and Atletico Madrid six. So, it's three points for the Spanish club or near ouster from the UCL.

Though bookmakers are expecting Chelsea to emerge winners from the December 5th clash, Atletico’s desperate situation could lend a different spin to the proceedings.