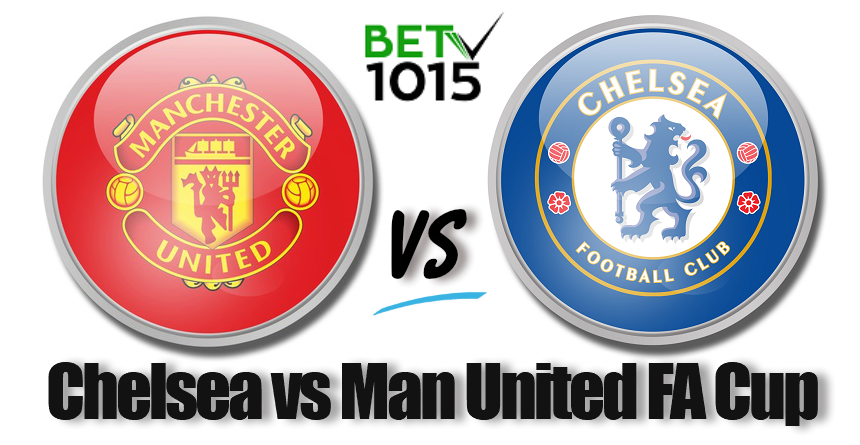 * The Chelsea vs Manchester United odds are taken from online bookmaker Betfred and were correct as of 17/02/2019 – subject to change.

Maurizzio Sarri's Chelsea having come out of a facile 2-1 away win over Malmo in a Europa League clash on Thursday night now prepare for a fifth-round FA Cup showdown with old rivals Manchester United at Stamford Bridge on February 18. The Blues are still smarting from a 0-6 drubbing at the hands of Premier League champions and are very low on confidence. The same can be said of their Monday night's rivals whose two-month bluster under new coach Ole Gunnar Solskjaer was punctured at Old Trafford by a 0-2 Champions League humbling by Paris Saint Germain.

As far as teams’ news goes, Blues midfielder Loftus-Cheek could miss out on the Stamford Bridge clash owing to a back problem. Left-back Marcos Alonso could return after being dropped out by Sarri from the Malmo game. The Blues line-up in a 4-3-3 formation could look different as the one they fielded against Malmo with Alonso and Anthony Rudiger replacing Andreas Christensen and Emerson at the back and N'golo Kante coming in for Mateo Kovacic in the middle. New acquisition Gonzalo Higuain, who was rested for the trip to Sweden will make a return for the FA Cup clash. The probable starting XI – Arrizabalaga (goal); Caballero, Azpilicueta, Alonso, Luiz, Rudiger; Jorginho, Kante, Barkley; Willian, Hazard, Pedro, Higuain.

For the Red Devils, the bad news is that Anthony Martial and Jesse Lingard have been ruled out for up to three weeks after suffering muscle injuries in the first half against PSG. The absence of the two key men upfront could mean that Alexis Sanchez and Romelu Lukaku would be able to start. Solskjaer could also be tempted to try out attacking young talents like Angel Gomes and Tahith Chong, who have been pushing for first-team action this season. Antonio Valencia and Matteo Darmian are the other players on the injury list. The starting XI for United could look like this: De Gea (goal); Shaw, Young, Smalling, Lindelof; Matic, Herrera, Pogba; Sanchez, Lukaku, Rashford,

Chelsea despite their travails on the road have shown consistent form at home at Stamford Bridge having won six of their eight fixtures at the venue this year. Moreover, their FA Cup history against United is impressive, having won three of their last four encounters in the competition since 2013. For Solskjaer's men, it looks a possible 5th round exit on Monday as the bookmakers' odds suggest.