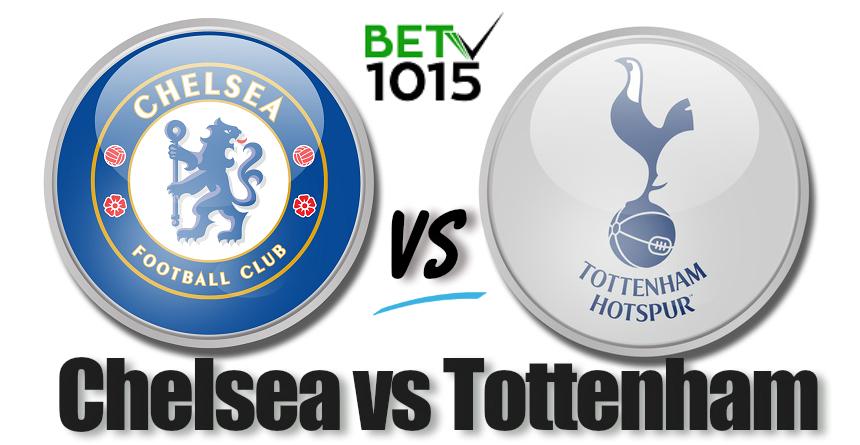 * The Chelsea vs Tottenham odds are taken from online bookmaker Betsid and were correct as of 23/01/2019 – subject to change.

Chelsea vs Tottenham Where To Watch

TV Channel:​Sky Sports Main Event
When Is Kick Off?: Thursday 24th January
​What Time Is Kick Off?: 19:45 GMT
​Where Is It Played?: Stamford Bridge

Chelsea host Tottenham Hotspur in the second leg of the EFL Cup semi-final at Stamford bridge on Thursday night, being a goal down in the first. Maurizzio Sarri is faced with problems related to scoring with his team failing to score in the last three games.

The game at the Emirates where they lost 0-2 to Arsenal saw the Blues hog plenty of possession but fail make any incisive inroads into the opponent's defense.

Sarri will in all likelihood play Eden Hazard in the False Nine position, despite the fact that the ace Belgian forward has gone without a goal from his previous six outings.

Willian and Pedro are also slated to start at Stamford Bridge on Thursday while Olivier Giroud could be benched.

The Blues are hoping to have AC Milan striker Gonzalo Higuain as they are nearing a loan deal for the Argentine, but he must be registered by 12pm on Wednesday to be eligible.

As far as injuries are concerned, Ruben Loftus-Cheek is likely to miss the January 24th clash owing to a back injury while Ross Barkley could come in for Mateo Kovacic.

Tottenham boss Mauricio Pochettino is beset with injury woes, too, with Del Alli picking up a hamstring injury in Spur's weekend win over Fulham. Furthermore, Harry Kane out with a long-term injury along with Son Heung-min, away for the Asia Cup are blows to the North London club's attack. But they do have strength in the benches that could see the likes of Christian Eriksen, Eric Lamela and Lucas Moira spearhead the attack.

Goalkeeper Paulo Gazzaniga who impressed in the first leg could be given the preference over regular custodian Hugo Lloris. Eric Dier, who returned for the Fulham game should start for the Stamford Bridge clash.

Spurs should have had the edge on Thursday night given a better recent history – four wins and two losses from their last six outings against Chelsea.

But with three of the Tottenham's Fab forward Four absent for the Stamford Bridge clash, bookmakers are wagering on Chelsea to go through.