Chelsea vs Watford Preview: Blues expected to take sting out of Hornets 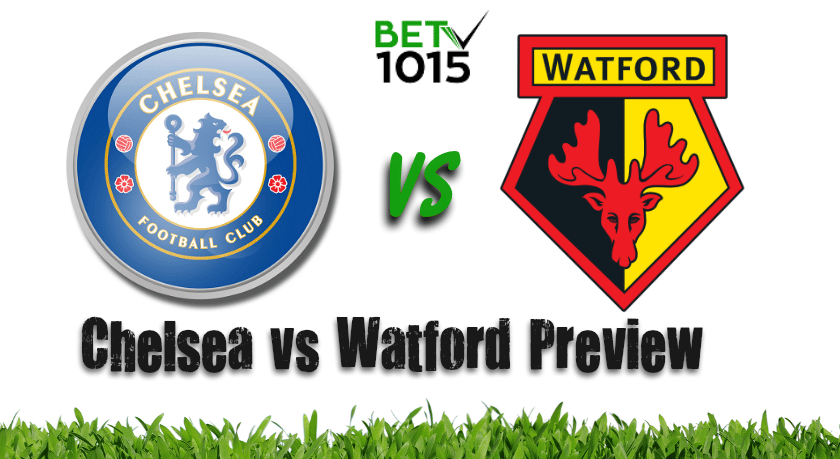 Maurizio Sarri's Chelsea have gone through their last three matches without a win but can take satisfaction from a couple of things. The Blues came out of an honorable draw last week at Old Trafford drawing 1-1 with Manchester United in the latter's “fortress” and can also take heart from another 1-1 result away at Frankfurt in the 1st leg of the UEFA Europa Cup semi-finals.

The West London will be a motivated lot going into their Sunday's Premier league clash with Watford given their entry into the Top Four although they will have the abysmal performances of Arsenal and United to thank for this.

Sarri surprisingly rested his key player Eden Hazard in the Eintracht game, but he also relegated folks like Marco Alonso, Ross Barkley and Gonzalo Higuain to the benches quite inexplicably for such an important European outing.

Looks like all of them will be back for the weekend home game at Stamford Bridge which Sarri considers vital in his quest to stay entrenched in the Premier League Top Four.

The ex-Napoli coach will as usual depend on the talismanic Hazard to deliver results on Sunday and land him the necessary three points on May 5. The 28-year old Belgian forward has been in sublime form racking up 19 goals for his club this season and will be a real threat to the Watford defense along with the likes of Higuain, Willian, Pedro and Alonso.

Javi Garcia's Watford crashed to their sixth defeat of the year when they were humbled 1-2 at home by Wolverhampton a week ago at home.

As many as four defeats from their previous 7 games have seen the Hornets slip from a respectable 7th position to the 9th.

Garcia's men have been good in possession but found lacking when it came to creating chances although they have been somewhat handicapped in their recent games by the absence of their ace striker Troy Deeney who has been on a red-card suspension since April 15th.

Deeney is expected to return at Stamford Bridge on Sunday and along with Gerard Deulofeu and Andre Gray lead the attack.

The problem is that Watford has gone through their last 10 Premier League games without a clean-sheet and from the looks of it their defense should brace up to the possibility of taking in a goal or two in the face of Hazard & co.

Chelsea have lost just one outing with their weekend from their 15 outings since the year 2000, winning as many as 11 of those. Their last encounter was at Vicarage Road where they came out 1-2 winners in that away game.

With just one more outing left after the weekend clash at Watford, the Blues look to be on course for a finish inside the Top Four.

Barring any hiccups, there are three easy points for the taking on Sunday, as far as Sarri's men are concerned.

For the Hornets, a place in the Top 8 and next season's Europa League looks uncertain. But their last EPL fixture of the season against West Ham could perhaps keep that hope alive.

Chelsea vs Watford Predicted score line for the May 5th game: