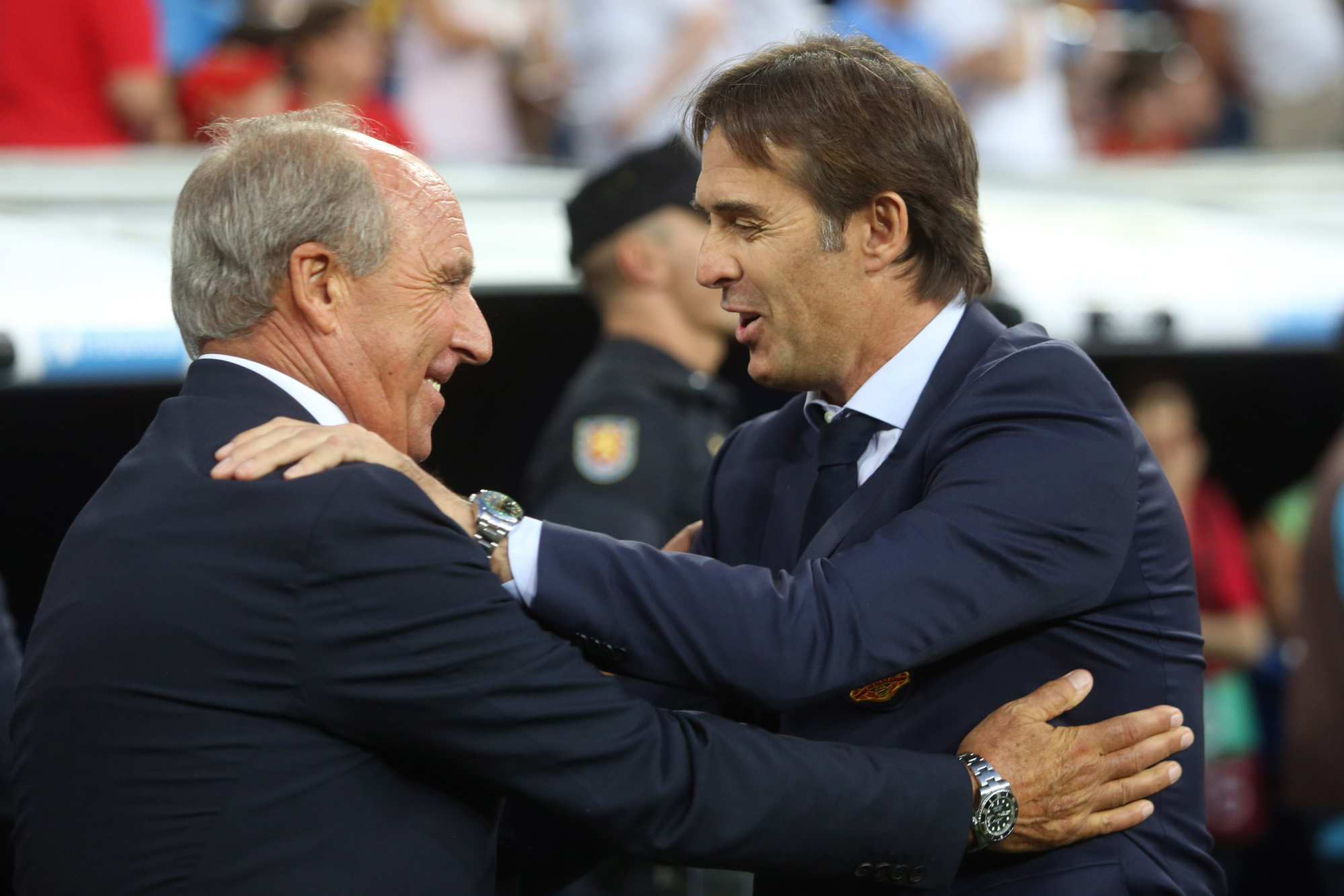 With a few days to go for their first World Cup clash, the Spanish team have a major distraction on their hands. Julen Lopetegui, the team's coach has been given marching orders a day after Real Madrid announced that he had been made manager of the club for the next season.

News flowing from the Spanish team's cloak room is that many of the players, especially the non-Real Madrid members of the contingent, were left fuming with indignation at the announcement of Lopetegui's appointment as manager of the country's premier club. Concerned with the morale health of the team following the Real announcement, the head of the Spanish Royal Football Federation (RFEF), Luis Rubiales, decided there was no other option than to let Lopetegui go.

The decision was made even harder by the fact that he was doing an extraordinarily good job after taking over from Del Bosque. The Spanish team have been on a unbeatable run of 22 matches and looked every inch a hot contender for the WC 2018 title. Rubailes said that the way to keep the team's chances of winning the Cup intact was to remove the person whose trust the team had lost. It is reported that Real Madrid defender Sergio Ramos was the lone player to have insisted on Lopetegui staying on.

“The players will do everything within their reach to win the World Cup. But the situation is very difficult. It is very complex. This is not the best solution but in life you cannot escape your responsibilities,” said Rubiales.

As La Roja have only 2 days for their opening clash with neighbors Portugal, the RFEF have hastily appointed former Spain star defender Fernando Hierro as Spain’s new coach.

Hierro who faces baptism by fire at Sochi on Saturday, said that the team needed to get over the sacking drama fast. He also added that the players despite the untoward situation, were excited and wanted the challenge.

“I know they're going to give 100%. In a World Cup nobody gives anything away. We all know what this means and our responsibilities.” said Hierro.

Former England striker Alan Shearer has been heard reacting positively to the news of Lopetegui and it sums up the situation well “I admire their decision. It's bold, it's ruthless. I'm pretty sure they must have spoken to a number of players in the squad. I'm very surprised at the timing of it – two days before their opening game – but they still have an excellent, experienced squad with some top players in it” he said

The effect of all this is that there will a huge amount of attention on the players and along with it more pressure. Fans will fervently hope that all goes well for La Roja in Russia.