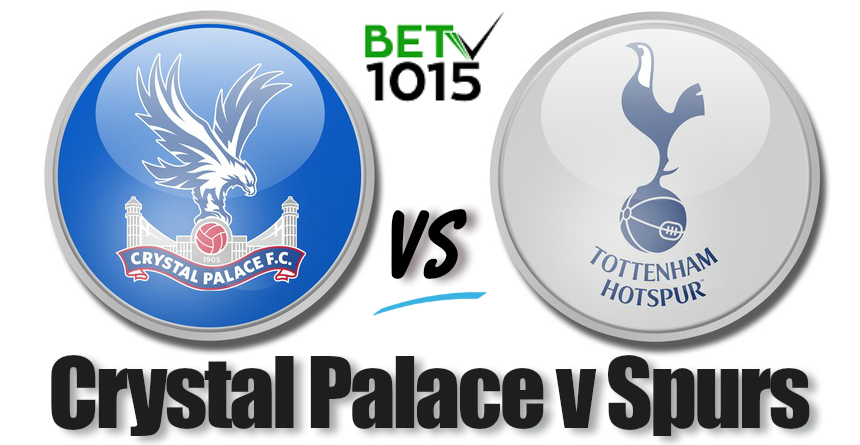 * The Crystal Palace v Tottenham FA Cup odds are taken from online bookmaker Betsid and were correct as of 25/01/2019 – subject to change.

Crystal Palace host Tottenham Hotspur at Selhurst Park on Sunday for a 4th round FA Cup clash and hope to cash in on the latter's injury woes.

Mauricio Pochettino's side were without some of their key players in their EFL Cup loss to Chelsea on Thursday night and that would very much be the state-of-affairs when they face the Eagles this weekend.

Prime scorer Harry Kane is definitely ruled out until March with a ankle injury and a pulled hamstring will keep Del Alli out till over a month at least.

Son Heung-min who, too, missed the Chelsea clash is away to represent South Korea at the Asia Cup and will surely miss Spur's next few fixtures if his country were to progress in the tournament. Which means that the frontal trio will consist of Fernando Llorente, Erik Lamela and Christian Eriksen with the former two in the strikers' roles.

Pochettino could adopt the unusual formation of 3-4-1-2 he did against Chelsea with an accent on a heavy mid-field packed with the likes of Serge Aurier, Harry Winks, John Dier and Danny Rose.

The defense though will be in full strength with Davinson Sanchez, Toby Alderweireld and Jan Vertonghen in it. Lucas Moura, who's not fully fit, may be introduced in the latter stages of the match to replace one of the forward three, depending on how the proceedings pan out.

Crystal Palace's position in the bottom-half of the Premier League table could be deceiving, for Roy Hodgson's outfit is quite capable of taking on the best as they demonstrated not very long ago when they beat title-holders Manchester City 2-3 away at the Etihad.

But Palace have been desperately lacking in the scoring department of late having averaged just one goal per game this season.

The Eagles have been heavily dependent on players like Wilfried Zaha, Luka Milivojevic and Andros Townsend for goals. In fact, five of Milivojevic's six goals this season have come from penalties, which is explanatory enough.

Palace can take heart from another fine performance they put up last week when they narrowly lost to current EPL leaders Liverpool 3-4 at Anfield with non-protagonists like James Tomkins and Max Meyer chipping in with goals, too.

Defensively, Palace have improved significantly under Hodgson’s guidance and have tended to concede relatively little for a team placed 14th on the table barring the outing at Anfield last time out where they let in four.

Palace's game is cut out to facing teams that like to dominate possession as it allows them to hit on the breaks what with pacy players like Wilfried Zaha, Andros Townsend and Jordan Ayew around.

Bookmakers are tipping the Spurs to take January 27th's game as odds below suggest, although the last time the two had met in a FA Cup clash in 2016, Crystal Palace had emerged victorious.

Barring the isolated FA Cup win, Palace have lost to their weekend opponents in all their previous seven encounters since 2015.