DAVID DE GEA TO MAKE THE SWITCH TO REAL MADRID 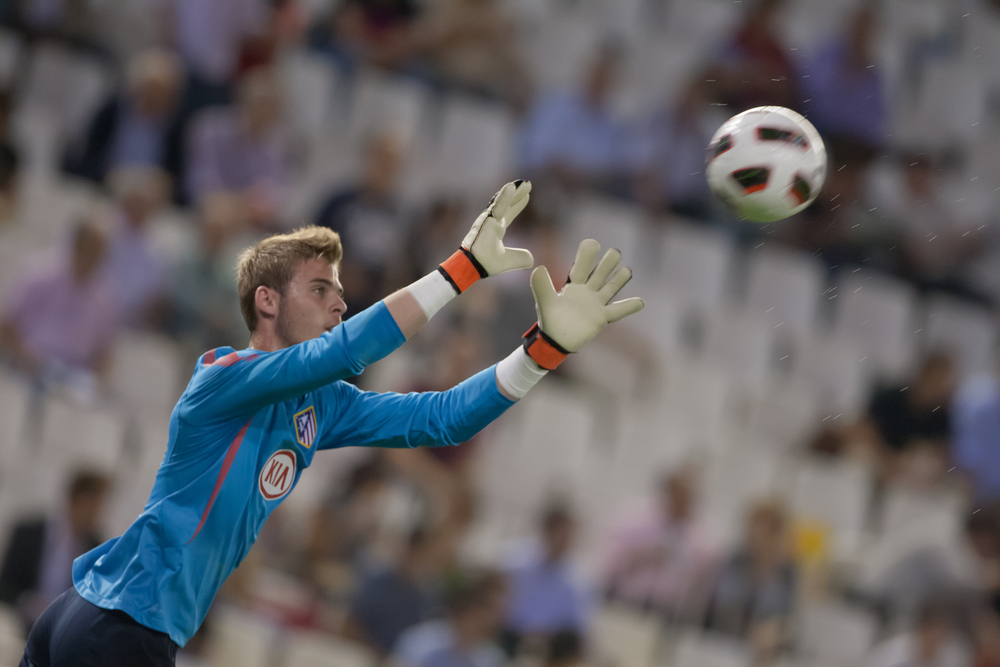 As far as some football fans are concerned right now, David De Gea is currently the best goalkeeper in the world. Granted, a lot of those would be Manchester United fans, but they would have a solid point.

The Spanish shot-stopper has been one of the most important members of the Manchester United squad, and won the player of the year award in the club for two seasons consecutively after Sir Alex Ferguson left the club. Even though the club hasn’t done particularly well in recent times, most football enthusiasts would say that without the goalkeeping heroics of De Gea, the club would have done even worse. One thing is certain, whether or not one agrees that he is the best in the world, one cannot deny his class.

This consistency and top performances haven’t gone unnoticed by Real Madrid who retain a strong interest in the player.

After letting Iker Casillas leave in 2015, Real Madrid started looking towards David De Gea as his replacement. It was general belief that Real Madrid must have had some encouragement from De Gea’s camp. This was because his contract was nearing its end with just one year left. The Spanish side were sure they could get him at a knockdown price.

Real’s first offer was around €12 million. This was considered a silly and insulting offer by Manchester United for a player of De Gea’s quality. Especially so considering the fact that the club decision makers were not particularly happy to lose their previous year’s player of the year.

When the current executive vice chairman of the club, Ed Woodward took charge of the club the previous two seasons, he made it his top priority to ensure that the club doesn’t lose any more of its best players to other top sides in Europe, and he loathed to deal with Real on the De Gea transfer.

This stance made even worse by the manner of Real’s approach. At the end of the summer, the Spanish side attempted to launch a last minute bid for the player, offering a player plus cash deal, with Keylor Navas used as a makeweight.

The move turned out to be a messy affair, with Real accusing Manchester United of dealing in bad faith and sending documents too late, and Manchester United accusing Real of leaving the deal too late and making it too difficult to complete.

David De Gea claims that he is settled in Manchester United and not looking for a way out, but there is a general belief that it is just a matter of time before he ends up in Spain.

It is clear that De Gea wants Real; there has always been a belief that to become the sure number one choice of the Spanish national team and a cult hero, you have to be number one at one of the big clubs in Spain, a position De Gea would obviously covet.

There is a strong possibility that the Spanish side could make another move next summer, and after at least four seasons of not winning major titles, especially compared to Real’s successes, De Gea might just force through a move eventually.

It may take a huge amount to complete the deal. However Real have the financial clout to make it happen and it may well happen this time.