England fight back to beat Croatia and Progress to Final stage 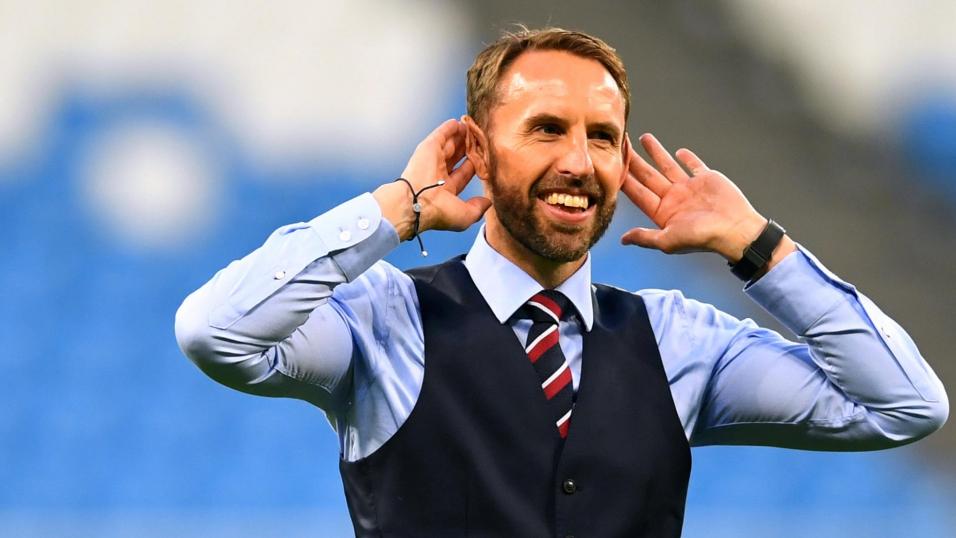 A winning correct score tip from our free football bets at 15/2.

England rallied superbly from being a goal down to Croatia to win a critical UEFA Nations League fixture at the Wembley stadium on Sunday and secure a berth in the final stages of the tournament.

The 2018 World Cup finalists looked well on course to wrap things up on the back of Andrej Kramaric's 57th minute goal. The Three Lions' huge 61 per cent ball-possession, 10 attempts and 5 shots on target in the first-half did nothing to the add to the goalless score line at the interval, bringing anew old fears haunting Gareth Southgate's side.

Croatia's custodian Nikola Kalinic also needs to be credited for some brilliant job between the posts in the first-half, saving at least three certain goals for his side.

Southgate, however, was forced to make changes with the scoreline reading 0-1, introducing attacking options in the form of Del Alli, Jesse Lingard and 18-year old Borussia Dortmund winger Jadon Sancho in the 63rd and 73rd minutes of play. That seemed to galvanize the English once more just when it seemed that the visitors were beginning to take control of the proceedings and hold on to their lead.

Lingard scored from the goal-line line from a ball somehow essayed by Kane in a goalmouth melee helping England restore parity in the 78th minute.

Harry Kane slid in full-length to a Ben Chilwell free-kick to give England their second goal to the delirious raptures of the Wembley crowd.

The Three Lions hung on to the 2-1 lead for the next 8 anxious minutes when the Croats tried mounting a counter-attack in search of the sucker-punch equalizer, making sure of their passage to the top of the heap.

The England team have proved that they can stand up to the best in the business, scoring a remarkable win away in Spain a month ago and following it up with this one at the Wembley.

A relieved Spain are the other side through to the next stage, coming in second in the cluster A4 standings with 6 points while coach Zlatko Dalic's men will have to eat humble pie with their relegation to the League B status.

England and Wembley have quite evidently embraced this new Nations League format which, not very long ago,was viewed with much skepticism.

- Deposit and bet £10 to get your £10 Free Bet.
14
Bet Bet
18 + Terms & conditions apply
18+, New Players only, 1st deposit, Minium Deposit: £10, maximum £10 free bet valid for 14 days, bets must be placed at odds of 1/1 or greater and be settled within 14 days of placement. System bets are not eligible. Only depositing using specific payment methods only. Full T&C's apply.

- New Mansionbet Sign Up Offer for July 2020.
15
Bet Bet
18 + Terms & conditions apply
New customers only
Min deposit £10 (UK debit cards only)
Bet £10 at odds of evens (2.0) or greater
Multiple bets with cumulative odds of evens (2.0) count, each leg must have odds of 1/5 (1.2) to be eligible.
Each way bets are eligible for this promotion.
Upon qualifying bet settlement, 1 x £5.00 Free Bet will be credited to your account. Once the first £5.00 Free Bet has been used a further 3 x £5.00 Free Bets will be applied to your account.
Free bet stake not returned after bet settlement.
Valid for 7 days, each Free Bet must be used in its entirety

- £1 No Deposit Free Bet & 50% Back of First Day Sportsbook Losses up to £25 Or a Guaranteed £5 Free Bet if you win.
20
Bet Bet
18 + Terms & conditions apply
UK players only. Separate offer for Ireland players. Full Terms and conditions apply. 18 + only. Begambleaware.org

- 100% Deposit Bonus Instant credit on First Deposit of 10 Min..
26
Bet Bet
18 + Terms & conditions apply
1. The 100% Welcome Bonus is available for all the new customers who deposit a minimum amount of €10. This bonus can only be claimed once.

2. The Welcome Bonus is worth one hundred percent (100%) of the corresponding deposit amount up to a maximum of €100.

3. The bonus amount needs to be turned over at least twenty (20) times on sports bets. Also, the deposit amount must be turned one(1) time before a withdrawal can be requested. Customers must place multi bets with at least two selections per betting slip and with minimum odds of 1.50 for every selection.

4. Bets that are settled with odds of 1.00, as well as system bets, will not count towards the wagering requirements of the bonus.

5. The maximum stake amount that counts towards the wagering requirements of this bonus is €100.

6. Only one selection per match and sporting event is relevant for the bonus turnover requirements. Multiple bets on the same matches are restricted with this bonus active.

7. The current bonus expires 30 days after the day it has been awarded. Ιf the customer has not fulfilled the wagering requirements of the bonus in the given time, the bonus amount and the winnings will be removed. Note, that the deposit amount that has been placed in bets and lost will not be returned.

8. Customers are only allowed to claim one Welcome Bonus – either Sports or Casino – with their first deposit.

10. The 100% Welcome Bonus cannot be used in conjunction with any other bonuses.

11. Winnings generated from this bonus will be capped to a maximum withdrawal amount of 20x (20 times) from the initial bonus amount and up to a maximum of 2,000€.

12. In order to transfer the amount to other wallets or to request a withdrawal with this bonus or the corresponding winnings from this bonus, the rollover requirements have to be fulfilled.