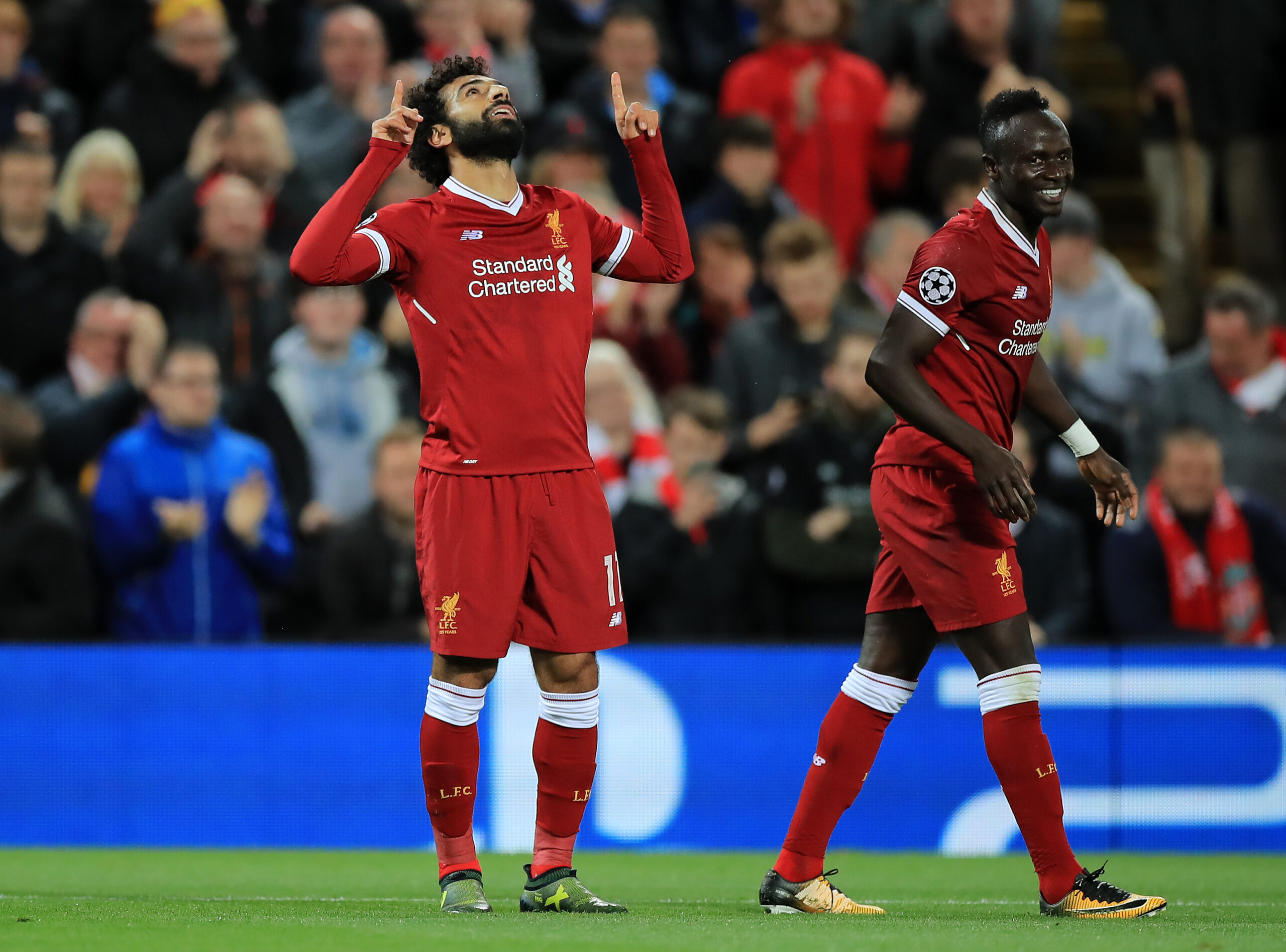 In what was billed as the match of the Premier League season, proceedings at Anfield didn't live up to the hype as Pep Guardiola slowed down a feverishly aggressive Liverpool to play out a 0-0 draw.

In fact, the Reds were lucky to survive a probable 0-1 loss when Riyad Mahrez skied his spot-kick over the bar with just 5 minutes of play to go.

Liverpool's trident of Firmino, Mane and Salah looked muted and hardly troubled the City defense to any degree.

The Liverpool back line on its part, built around central defender Virgil van Dijk and £67 million goalkeeper Alisson Becker were able to keep the likes of Sergio Aguero,Raheem Sterling and David Silva at bay to quite an extent.

Liverpool's attacking forays into the City box in the initial 15 minutes of the game didn't bear fruit as the finishing was found wanting.

Gradually the game saw City taking control of possession with intermittent counter-attacks from their opponents.

The introduction of Leroy Sane and Gabriel Jesus late in the second half injected fresh life into the City attack.

It was Sane's run into the box from the left that created the penalty which the visitors were unable to capitalize on.

The 0-0 draw now sees Liverpool slipping to the 3rd place behind behind City and Chelsea. All three are on 20 points but with goal differences separating them.

Get the Free Bets Here

Southampton vs Chelsea 0-3 Victory for Blues

Chelsea moved to the 2nd spot with an emphatic 0-3 away win over Southampton at the St Mary's Stadium.

Goals for Maurizio Sarri's Blues came from Eden Hazard, Ross Barkley and Alvaro Morata. Ex-Real Madrid forward, Morata, who's been having a below-par season scored only his 2nd Premier League of the season from his seven outings so far.

Morata's 93rd minute goal came after a move involving 31 passes which is the most by any side this season.

Arsenal broke into the Top Four of the Premier league table for the first time in the ongoing 2018-19 season when they trounced Fulham 1-5 on Sunday.

A game that saw both teams on even keel at half time, swung the way of the visitors post the interval with Alexandre Lacazette and Pierre Aubameyang helping themselves to a brace apiece.

The Gunners who played the first half without players like Aron Ramsey, Aubameyang and Matteo Guendouzi saw the game transform completely with the introduction of the three in the 67th, 62nd and 80th minute respectively.

Coach Unai Emery's boys share 18 points with Tottenham Hotspur who are now in the 5th spot courtesy an inferior goal difference. Spurs managed a narrow 1-0 win against bottom-scrappers Cardiff City on the back of an early Eric Dier goal.

Bournemouth have recovered strongly post their 0-4 shocker at the hands of Burnley a fortnight ago, beating Crystal Palace 2-1 and following that up with a 0-4 thrashing of Watford away at the Vicarage Road on Saturday.

This was among the Cherries' biggest away wins in recent years and takes them a notch up the table to the 6th place and just 2 points below Tottenham & Arsenal's 18.

David Brooks, Callum Wilson and Joshua King with a brace contributed to Bournemouth's goal-rush at the Vicarage.

Watford now find themselves struggling to stay in the Top 10 after Saturday's humiliation.

Premier League debutantes Wolverhampton Wanderers have moved from strength to strength, powering themselves to the 7th spot post their 0-1 win over Crystal Palace at the Selhurst Park on Saturday. Matt Doherty's strike in the 56th minute settled the issue for the visiting Wolves.

Doherty also was the “Man of the match”, gaining possession five times, making four interceptions and the most touches by any Wolves player. Coach Nuno Santo's men have now gone through 6 unbeaten games that also includes 4 wins.

For Jose Mourinho's Manchester United it was a face-saving win over Newcastle at Old Trafford on Saturday.

In what looked to be looking liking another round of humiliation for the Red Devils with the visiting Magpies leading 0-2 till the 70th minute of the game. Which was when Juan Mata gave the home-side their first break.

It was a galvanized United side after that. They were more purposeful and urgent and played the kind of football reminiscent of Sir Alex Ferguson's heydays.

Anthony Martial equalized within six minutes of Juan Mata's strike with a low curler. Mourinho brought in Alexis Sanchez off the bench in the 67th minute and for a change the Chilean striker didn't disappoint.

Sanchez, who has had a terrible season going through the six games he had played so far without scoring, headed a Ashley Young cross for a winner with minutes to go for the final whistle.

The Red Devils with the 3-2 win move to the 8th spot with 13 points, identical to 9th placed Watford. Rafael Benitez's Newcastle are just one place away from the bottom after Saturday's Old Trafford loss.

Leicester City managed to cling on to their place in the Top Ten, this despite their 1-2 loss to Everton at the King Power stadium on Saturday.

The Foxes levelled in the 40th minute through Ricardo Pereira after being down early from a Richarlison goal in as early as the 7th minute of play.

The game swung the way of the visitors after Leicester were reduced to 10 men in the 63rd minute of play when skipper Wes Morgan went through the back of Richarlison and promptly shown the red card.

Gylfi Sigurdsson scored the goal of the day, skillfully turning away from James Maddison and bending a shot from 25 yards into the top corner.

That winning goal gave Everton their third win from 8 games, taking them to the 11th place and on equal points with Leicester.

West Ham's confidence after their giant-killing feat against Manchester United a week ago, got punctured on Saturday with a 0-1 loss to Brighton & Hove Albion away at the Falmer Stadium.

Starting the season with 4 straight defeats, coach Manuel Pellegrini managed to steer the Hammers through one of their brightest phases this season, going through three unbeaten matches.

But the loss to Brigton have taken them a couple of places below to the 15th spot while the victorious Seagulls leap to the 13th.

Huddersfield Town, Newcastle and Cardiff City are still rooted to the last three places of the table having failed to win their weekend games.

Fulham after their drubbing to Arsenal are not far away from relegation territory on the 17th with 5 points, same as Southampton's who by virtue of better goal difference are on the 16th.