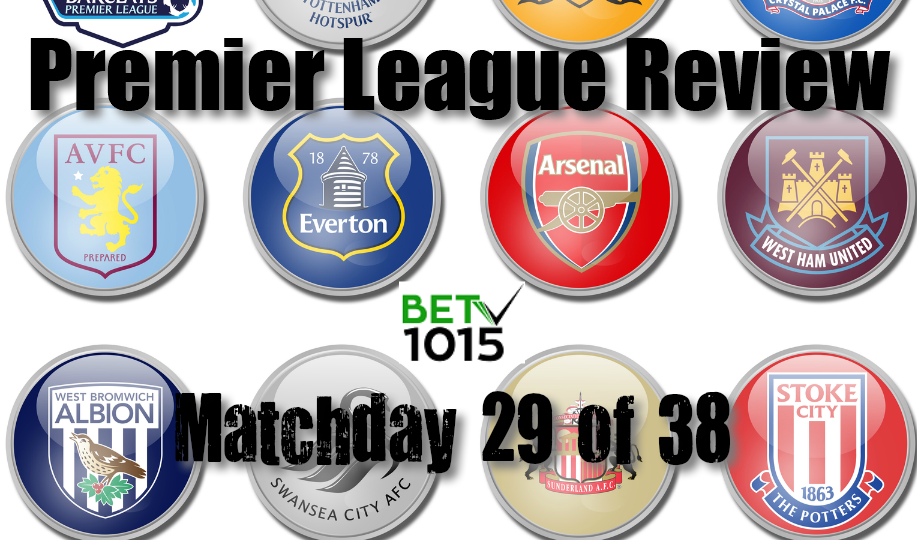 That one costly slip-up that always threatened to happen and that would put Liverpool behind Manchester City eventually ensued. A dour and unfancied Everton hung on to a 0-0 draw against Liverpool at Goodison Park allowing Pep Guardiola's City to sneak past the Reds on the points table.

In fact, Liverpool were lucky to have gotten away with a draw given the number of chances the hosts were presented with to add to the score-sheet.

Jurgen Klopp's men have relinquished the top spot on the Premier League table after holding on to it for nearly three months.

Manchester City had to battle for the last six points that took them past Liverpool to a tally of 71. The Citizens made heavy weather of their wins against a much inferior West Ham and Bournemouth, winning both of them by solitary goals and the one against the Hammers on the back of a penalty.

Trending
What does Each Way mean in football betting First Goalscorer?
[fcrp_feat_sc sc_id=”16797″]

Saturday's Wembley derby ended in disappointment for both hosts Tottenham Hotspur and Arsenal, the end result being a 1-1 draw. Arsenal had the opportunity to seal the game when they were awarded a spot kick just a couple of minutes before the final whistle. Hugo Lloris had no problems in saving Pierre Aubameyang's tame shot, emitting Arsenal out of the Top Four in the bargain and pushing them to the 5th place. As for Tottenham, hopes of gaining the much anticipated three points that would have kept them in the hunt for this season's title were completely dashed by the drawn game.

In what looked to be heading for a 2-2 draw at Old Trafford, Romelu Lukaku's late winner against Southampton saw Manchester United leap past Arsenal's 57 points to the the 4th place, accruing 58 points in the process from their 29 games so far. The Red Devils are still three points behind even a slightly struggling 3rd placed Tottenham's 61, but Ole Solskjaer will take his current position in the Top Four any day. United's joy could be short-lived, for Chelsea with 56 points and one extra game in hand will try to make the most of their coming home fixture against Wolverhampton at Stamford Bridge. A three points there will catapult them to the fourth spot and dislodge United from the space. The Saints' brave losing effort at Old Trafford sees them just a couple of points from relegation territory in the 17th spot.

Leicester City remained rooted to the 11th spot with 35 points as new manager Brendan Rodgers debuted away at Vicarage Road with a 1-2 loss to Watford. Just when Jamie Vardy seemed to have brought proceedings to parity with a 75th minute equalizer, Ande Gray sunk the visiting Foxes with a goal in injury time. Watford remain in eighth place due to their inferior goal difference to the 7th placed Wolves with whom they share equal points (43) on the points table.

First-half goals from Declan Rice and Mark Noble ensured West Ham eased to a deserved victory over Newcastle at London Stadium. The win over Rafael Benitez's Magpies has helped lift Manuel Pellegrini's side to ninth in the table, while Newcastle remain six points away from relegation places in 14th.

Everton's heroics at Goodison Park have kept them on the edge of the Top half in the 10th, while Bournemouth was seen slipping to the 12th place after their narrow 0-1 loss to Premier League champions, Manchester City.

Cardiff City, Fulham and Huddersfield Town are the usual suspects in relegation territory and just seem to be caged in it after yet another round of weekend losses.