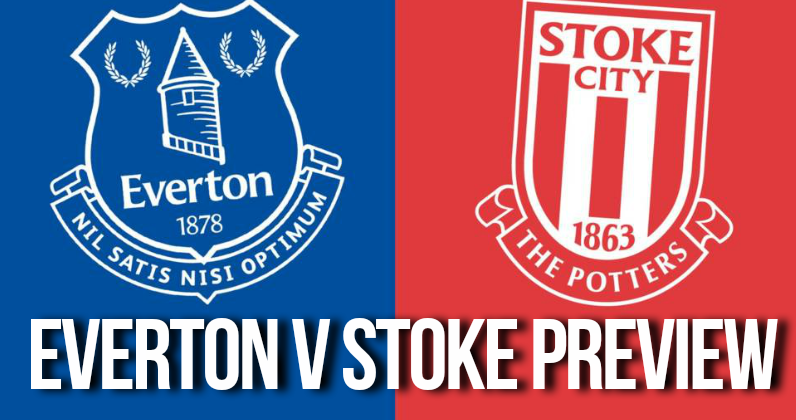 For Everton it will be a life without Romelu Lukaku. The 24-year old Belgian was one of Premier League's top scorers and alone accounted for 25 of the 62 goals Everton scored in all for the 2016-17 season.

It will not be easy to find a replacement for Lukaku at Goodison Park and Ronal Koeman has used the colossal £75 million earned from selling the talismanic Belgian to Manchester United in bringing in folks like Ajax captain Davy Klaasen, Burnley defender Michael Keane and Jordan Pickford from Sunderland.

Wayne Rooney's switch to Everton will evince a lot of interest. Whether he will feature in the clash with Stoke City on Saturday remains to be seen. Although nowhere near Lukaku in the present form, the 31-year old United veteran's progress will be followed with great interest at the Goodison Park.

£23 million Ajax import Klaassen will have a huge role to play as an attacking midfielder and create opportunities for his side. Koeman will look to the likes of Kevin Mirallas, Ross Barkley and Seamus Coleman and even someone like Rooney to get him goals, now that Lukaku isn't around. None of these forwards mentioned have more than 5 goals to their names in the 2016-17 season.

Stoke's goal-scoring ambitions could be dealt a mild blow going into the 12th August clash with Bojan Krkic suffering a pulled calf muscle. He will be the key to Stoke's attack in tandem with Xherdan Shaqiri, post the exit of Marko Arnautovic, sold to West Ham for £20 million.

Mame Diouf, the 29-year old Senegalese striker, has impressed of late and was a key figure in the Potters' 1-2 away win over Bundesliga runners-up RB Leipzig. The entry of 33-year old mid-fielder Darren Fletcher (for free) from West Brom should give Stoke the much-needed blend of stability and experience in the middle.

Manager Mark Hughes will look to Joe Allen and England veteran Peter Crouch to get him much-needed goals in the Goodison park opener.

The Potters who had begun the 2016-17 season well, slipped to the 13th spot by the time it was over. Everton ended the same on the 7th spot and consistently managed to hover around that position almost all throughout.

The last 10 encounters between these two have seen Stoke lose out on 5 occasions. But the Potters have had a satisfactory recent record at the Goodison Park despite the host's formidable record there.

Stoke have won on 2 of their last 4 visits to the ground. Without Lukaku around and the hosts low on scoring power, Stoke would fancy their chances against Ronald Koeman's men on Saturday.