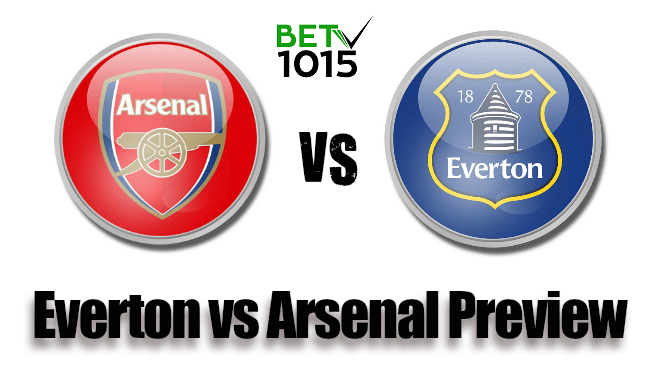 Arsenal now are in a position where they can consolidate their place in the Top Four. They now have an opportunity to do that when they face Everton at Goodison Park on Sunday, April the 7th.

However, it's been the Gunner's less than satisfactory show on the road that could be of some concern for coach Unai Emery.

While at home at the Emirates, winning 11 of their 14 fixtures the away games show an entirely different picture.

Arsenal have managed to win just 5 games, lose an equal number and draw in four.

Some of the losses have been to bottom-half sides like Southampton and West Ham United. The Gunners haven't won an away game since they beat Bournemouth in November 2018, but their recent form suggests that players like Aaron Ramsey, Pierre Aubameyang, Alexandre Lacazette and Henrikh Mkhitaryan have been in fine fettle and might just break the “away hoodoo”.

Arsenal will be without Lucas Torreira, who is serving a ban and joins injury absentees Hector Bellerin, Rob Holding and Danny Welbeck on the sidelines.

Grant Xhaka who missed the midweek clash against Newcastle owing to a groin injury should be back for the Goodison Park game.

Aaron Ramsey is also expected to be fit for the Everton clash having limped out of the 2-0 win over Newcastle in the 67th minute of the match.

The predicted XI for Arsenal could be thus:

Everton have been on a purple patch of late with impressive wins over Chelsea at home and an away victory against West Ham and look capable of another one on Sunday.

For the Toffees, Yerry Mina will be the only absentee with the Colombian defender continuing to struggle with a thigh injury.

Marco Silva will probably go in for the same starting XI as the one in the 0-2 win against the Hammers on Tuesday.

The predicted XI for Everton:

The Toffees will definitely be in a morale high after their recent wins and will be aware of the visitors' weakness on the road.

However, this Arsenal team under Unai Emery is far more resilient and Everton will allow them chances in front of the goal at their own peril.

Of the previous ten meetings between the two, there’s been just a draw and one win for Everton, the Gunners having won the rest.

Everton look to remain in the top half of the table irrespective of Sunday’s result. Arsenal will seek nothing short of 3 points just to be on the safe side.