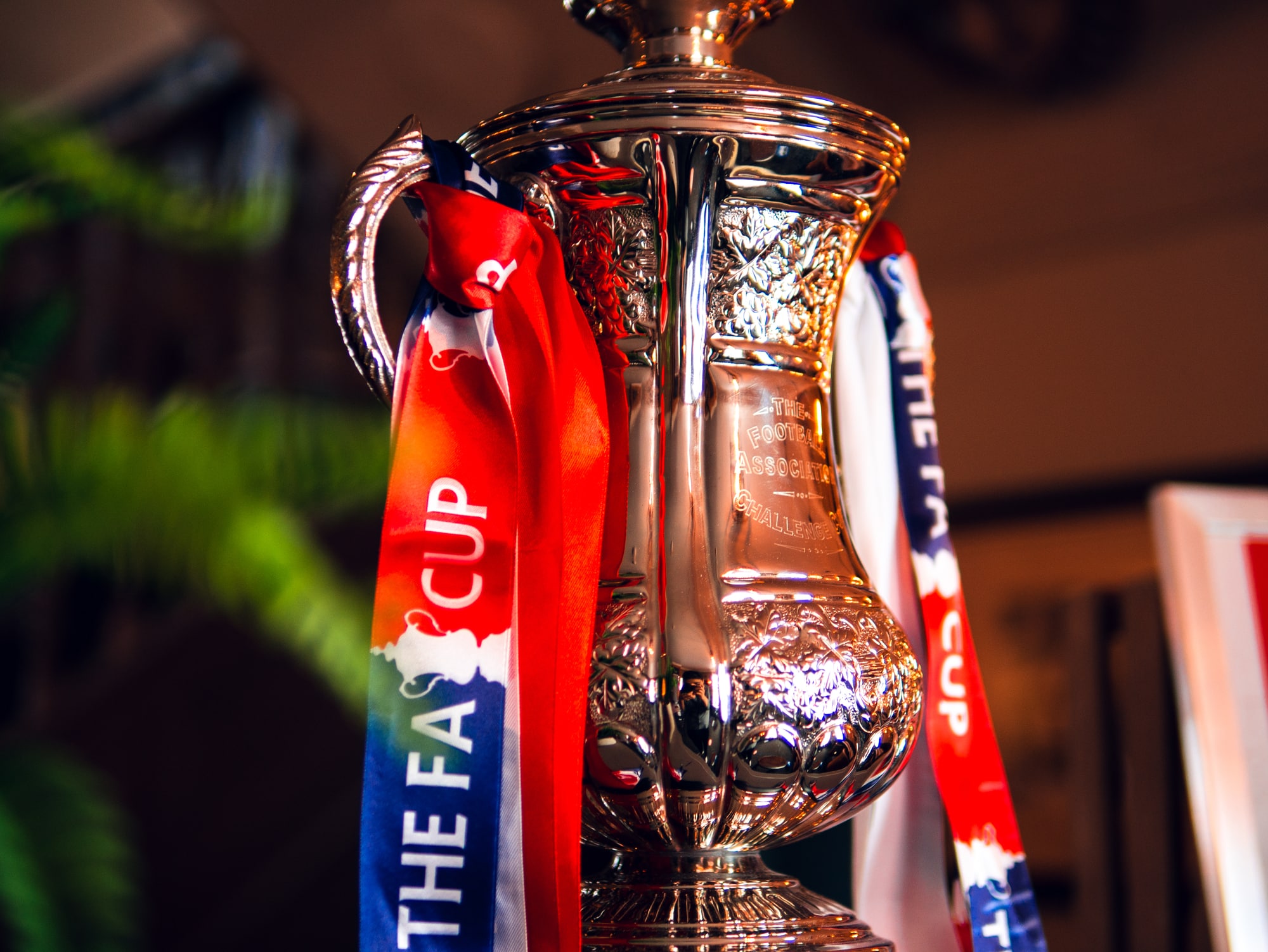 The Wembley stadium on Saturday evening will take in a gathering as large as 21,000 fans after a long time as it stages the 2020-21 FA Cup finals to be played between Chelsea and Leicester City.

Brendan Rodgers' Leicester edged out Southampton 1-0 on their way to the final stage while the Blues beat quadruple aspirants Manchester City by a similar margin in the semis.

As far as their Premier League form goes, Leicester City nudged out their Saturday rivals from the 3rd spot when they overcame Manchester United 2-1 away at Old Trafford.

Chelsea, on the other hand, suffered one of their rare defeats when they succumbed to a 1-0 defeat to a struggling Arsenal at home and dropped to the 4th place of the EPL table.

Chelsea form across all competitions: WDWWWL

£/€10 Free Bet No-Lose offer for the Leicester v Tottenham match on the 23rd of May, Sunday.

Review
Play nowPlay now
#AD 18+ Terms & conditions apply. Begambleaware.org
18+. IRE & UK mobile customers only. Customer must place a bet of up to £/€10 to qualify. Max Free Bet £/€10. 1st pre-live single only on any market in the Leicester v Tottenham match on the 23rd of May, Sunday. One qualifying bet per match (first bet placed). Free/void/cashed out bets won't qualify. On losing selections only. Free Bet will expire after 7 days. T&Cs apply.

Leicester will go into the FA Cup finals without long-term absentees Harvey Barnes and James Justin, both out with knee injuries while a back problem will keep captain Wes Morgan out of the clash.

Rodgers is hopeful about Jonny Evans' recovery from a foot injury and the ace defender is likely to start at Wembley.

Timothy Castagne is likely to feature on the flanks at the expense of Marc Albrighton while Ricardo Pereira will move in to replace the 19-year-old Luke Thomas despite his phenomenal goal against Manchester United.

James Maddison who was introduced late into the Old Trafford win on Tuesday is likely to move in and start in place of Ayoze Perez.

Jamie Vardy who is yet to find a goal in this season's FA Cup will be partnered by the in-form Kelechi Iheanacho in the attack.

For Chelsea, playmaker N'Golo Kante who sat out the Arsenal game owing to an Achilles pain looks a doubt for the Wembley clash. So, it could be a toss between him and Mateo Kovavcic in the midfield space.

Hakim Ziyech is sure to come back in following his brilliant semi-final strike against City and will be preferred over the injury-prone Christian Pulisic for a start.

Timo Werner who was rested in Wednesday night's defeat to Arsenal could start off in an attacking role alongside compatriot Kai Havertz.

Antonio Rudiger should also be fit enough to return at the back, but the injured Andreas Christensen remains a doubt. Kepa Arrizabalaga will keep his place in goal instead of No.1 choice custodian Edouard Mendy.

Chelsea have an inspiring history against Leicester in the FA Cup having remained unbeaten in nine previous encounters with the Foxes in the competition – winning seven and drawing two.

Missing out on chances to score by Chelsea forwards will be of some concern to Tuchel ahead of Saturday's finals and their inability to penetrate Arsenal's three-man defence on Wednesday night would not have gone un-noticed as Rodgers will look to deploy a similar system at Wembley.

Leicester and Rodgers will be more than eager to get their hands on a silverware, no doubt, but a Chelsea side in full-strength and in their present form look more likely to lift the trophy for a ninth time.

Nevertheless, this could be a genuinely intriguing FA Cup final.

It's new and it's exciting - join Kwiff for a new betting experience and prepare for being Kwiffed - surprise boosts when ...

Chelsea to lift the trophy: 1/2