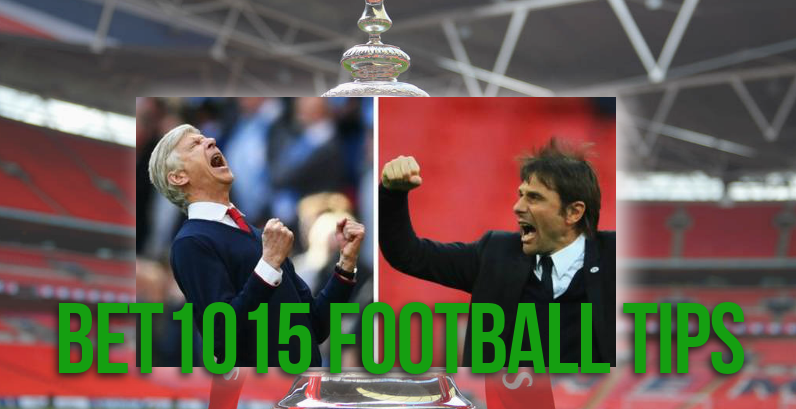 Arsenal would want to salvage whatever pride they have remaining. This after the Gunners' exit from the Top 4 of the English Premier League rankings and next year's UEFA Champions League for the first time in 20 years. Saturday's FA Cup final clash with Chelsea provides Arsenal with a last chance to restore some much needed pride.

A battered and bruised Arsenal defence without the services of an indisposed Shkodran Mustafi, Kieran Gibbs out with a knee injury and Per Mertesacker have to everyone's surprise been performing much better than the horrendous February-March spell that saw them drop to as low as the 7th place. The Gunners' have gone through their last nine outings with just one loss (a 0-2 to Tottenham at White Hart Lane) and 8 wins.

The exit of Laurent Koscielny is a further blow to the Gunner defence. The ever-dependable French center-back was shown the red card in last week's clash against Everton. It was for a mindless challenge on winger Enner Valencia. This would mean that Wenger would be compelled to press the not-so-fit Per Mertesacker into action. Alex Oxlade-Chamberlain, who missed out on the Everton clash is set to return for Saturday's showdown at the Wembley. He will surely lend teeth to a Gunner attack. As folks like Alexis Sanchez, Welbeck, Ozil and Giroud are beginning to find their goal-scoring ways.

Chelsea have been relatively injury-free and Conte will have his full squad to choose from. Azpilicueta, Luiz and Cahill would be the usual suspects at the back, Moses, Kante, Matic and Alonso will man the mid-field while the attack will be spearheaded by Pedro, Hazard & Diego Costa.  Willian, though, was preferred to Pedro for last week's clash against Sunderland. He could very well make the cut in the starting XI in place of the Spaniard at the Wembley.

Wenger may be forced to adopt the 4-3-3 formation if he has to go without Koscielny, Gabriel and Mustafi on Saturday.  For the past month or so Arsenal have been playing in the 3-4-3 formation that has worked well for them in recent weeks. It's the same formation that got Chelsea's Conte the Premier league title.

UK Bookmakers have factored in Chelsea's recent form and their position as 2016-17's Premier League champions to wager on a comfortable win for Conte's men. But the Blues better watch out for a Arsenal side on the mend and desperate to make a mark in an otherwise disastrous season. So much so, that Antonio Conte has gone on record to say that Arsenal are the favourites for May 27th’s big clash.