France vs Peru Match Report: World Cup 2018 – Mbappe’s Goal aids France into the Round of 16 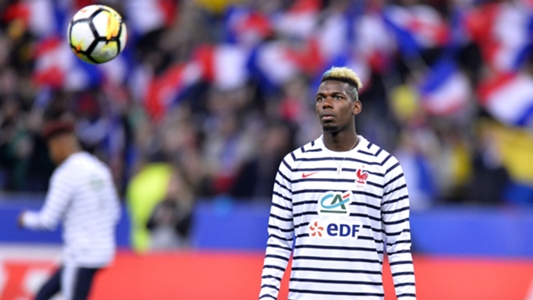 Coach Didier Deschamp’s France became the third team after Russia and Uruguay to progress into the Round of 16, thanks to Kylian Mbappe's solitary winning goal against Peru at Ekaterinburg.

The game began at a frenetic pace with France getting the lion’s share of the chances.

In the 18th minute, Griezmann's through-ball for Giroud is intercepted by the French striker inside the Peruvian box and his shot is deflected by defender Christian Ramos but it goes over the goalkeeper. Kylian Mbappe finds himself in front of an open goal and all he has to do is to tap the ball inside.

Apart from Mbappe's goal, the French could have easily added a couple more through chances coming the way of Olivier Giroud, Antoine Griezmann and Raphael Varane.

Peru's brightest chance in the first half came when Paolo Guerrero's shot goes straight into the hands of golakeeper Hugo Lloris.

The second half started with Peru almost getting their equalizer. Pedro Aquino's stinging shot from 25-yards in the 51st minute beats Lloris but hits the corner of the post and goes out.

The Peruvians take control, swarming all over French box. Another scorching strike from outside the box by winger Andre Carrillo misses the crossbar by inches. Full-back Luis Advíncula, playing in an advanced position by now goes for glory sending in a fierce left-footer that barely sails over.

The French back-line of Benjamin Pavard, Raphael Varane and Samuel Umtiti have been forced into some of the toughest defending they have had to do in the tournament.

Barcelona forward Dembele comes in for Mbappe in the 73rd minute of the game and is introduced with a view to turn the Peruvian tide around. He almost pulls one off one for the French when his screaming left-footer from just inside the box misses the Peruvian left post by inches.

The Peruvians keep going at the French goal with just minutes to go but some diligent defending by Les Blues keeps the South Americans at bay. A free-kick for the Peruvians in the 86th minute from 30 yards away, but Guerrero's shot rockets straight into Lloris's lap. Peru give it their all in injury time but the French dole out a masterclass in defending. In fact, the last moves come from the French when they threaten the Peruvian goal when Giroud's shot is effectively blocked by the full-back and the ball sails over.

Ricardo Gareca's Peru had as many as 27 attempts on the goal from their 2 games but without results not to speak of the nearly 55 per cent possession they enjoyed in this game.

The South Americans are out of the World Cup and their remaining match against Australia is of academic interest to them.

France meet Denmark on Tuesday in a game that is crucial for the survival of the latter.