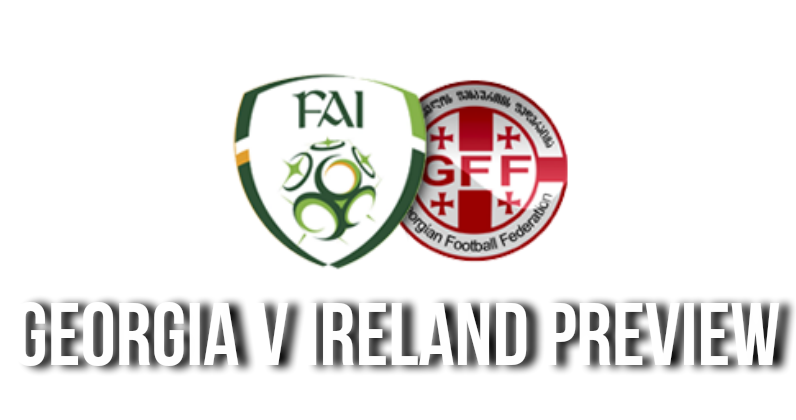 Republic of Ireland will be taking an arduous trip to Tbilisi Georgia to play their 7th WC 2018 qualifying tie. Coach Martin O'Neill's side is beset with injury issues just ahead of the Georgia clash.

Jeff Hendrick, the Burnley midfielder is out thanks to a strained thigh. Hendrick's fellow club mate, the experienced 33-year striker Jon Walters will also miss Saturday's clash having suffered a torn ligament.

The midfield and defensive action for the Irish will concentrate on another Burnley man, Stephen Ward, who can double up as winger and left back. But the task of getting goals will rest on Shane Long of Southampton what with Jon Walters missing out.

Kevin Doyle from the Colorado Rapids, USA, could also be a surprise figure in the striker's zone. It could be a toss between him and Daryl Murphy (Nottingham Forest) and David McGoldrick (Ipswich Town) for that space.

Murphy could, however, emerge the favorite choice for the spot having scored in a very tough 2-2 encounter away in Belgrade against Serbia last year.

Republic of Ireland are in a much comfortable position in the Group D cluster than their September 2nd opponents.

The Irish with 12 points from their six Group outings are in the 2nd place and tied with toppers Serbia, a team they are going to play on September 5th for a return match in Dublin.

Ireland had narrowly beaten Georgia 1-0 in a very tough game at the Aviva stadium in October 2016. At the Boris Paichadze Dinamo Arena in Tbilisi, the going for Martin O'Neill's boys could get a little more tougher especially in front of extremely partisan crowds.

Georgia are struggling at the 5th place, just one above bottom-scraper Moldova with just 3 points from six games.

Coach Vladimir Weiss's have yet to win a match, but did show signs of immense grittiness in their slender loss to Ireland and a astonishing 1-1 draw against Wales with Gareth Bale at Cardiff in October last year – both away games incidentally, which is why it would be wrong to assume that a Georgia playing at home will be a walk-over.

Still, bookmaker odds are very much in favor of Ireland collecting three points from the Tbilisi clash, if not that then at least a point from a drawn game which is good enough to take them a step closer to Russia 2018.