Jose Mourinho off to PSG? 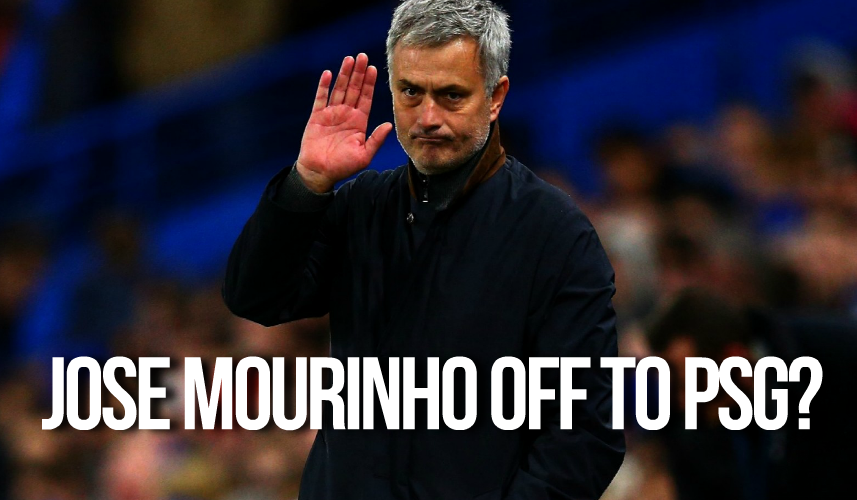 Jose Mourinho joined Manchester United in the summer of 2016. It was a move many considered to be his dream job. Even while managing other teams, the Portuguese didn’t hide his admiration for the Old Trafford outfit.

Jose Mourinho was even reported to have reacted badly to the news that the club had opted for David Moyes as Sir Alex Ferguson’s replacement after his retirement in 2013. Mourinho was rumoured to have been expected to be offered the job and looked forward to it.

Eventually, three years later, Jose Mourinho got his wish. He was appointed manager of the club after Louis Van Gaal left. Just year a later however, reports are now rife that Mourinho is interested in a switch to Paris St. Germain. Some reports going as far as claiming that Jose Mourinho has held talks with the French club.

Jose Mourinho made some comments about the conditions and facilities at PSG recently when he said “At the moment in Paris, there is something special; magic, quality, youth, it is fantastic.” These comments were clearly seen as a sign of interest from Jose and PSG moved quickly to examine the possibility of the deal happening by contacting his agent, Jorge Mendes.

Mourinho has previously worked with Antero Henrique, PSG’s sporting director during his time at FC Porto. He is thought to be a key factor that could convince Mourinho to make the switch to France.

Manchester United decision makers believe Jose is the right man to take the club back to the summit of English football where they should be. They have backed him by providing the resources he asked for, with the exception of Ivan Perisic. The club considered the player to be overpriced for his age and quality.

Manchester United are reported to be relaxed about the possibility of Mourinho leaving the club. They believe that even if it was a possibility, they have enough about them to see off the challenge of PSG.

Mourinho himself has said that he is committed to the club. He said he intends to at least see out his three-year contract that expires in the summer of 2018.

Manchester United chief executive, Ed Woodward has said he is happy with the direction the club is taking under the manager. He also reiterated his support for him during his last quarterly call to the club investors.

However things are not completed peachy between the club and the manager. The latter not being completely happy with the level of support he is getting in the transfer window. Who knows, this could be the opening for PSG to get their man.

Deposit and get a 100% Bonus at these Bookies