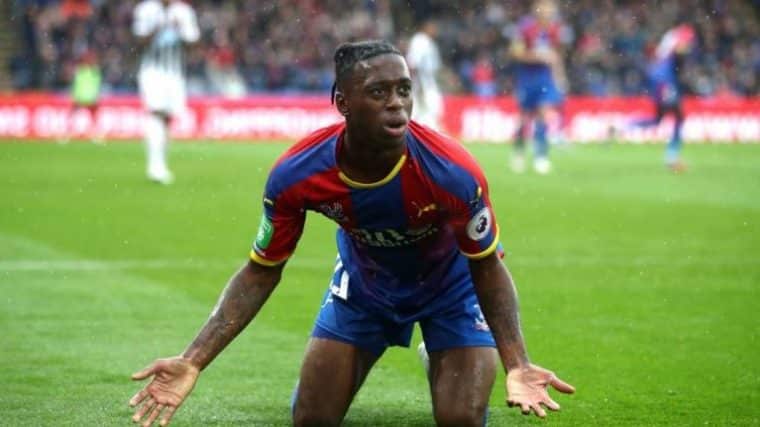 Manchester United inked their second summer acquisition after Swansea's Daniel James when they signed right-back Aaron Wan-Bissaka from Crystal Palace in a £50 million deal on Saturday.

The 21-year old English-born defender who was among the lowest paid players at Selhurst Park getting £10,000 a week will now earn wages of up to £80,000 a week with United.

Meanwhile the patience of the United management is being put to test by Inter-Milan who are dilly-dallying over the price of £75 million on Lukaku.

New Inter boss Antonio Conte is believed to be offering forward Mauro Icardi in exchange for the Belgian striker as he wants the United forward to lead his new look attack.

Manchester United are considering a shock move for John McGinn, but the Aston Villa star would cost them £50 million. McGill was Villa's player of the year for the 2018-19 season and is responsible for the club's promotion to the Premier League.

The upshot of Wan-Bissaka's arrival is that manager Ole Gunnar Solskjaer has decided to sell defenders Diogo Dalot and Marcos Rojo. Dalot has impressed momentarily while Rojo has hardly had any playing time.

Meanwhile Leicester City is set to shatter their transfer record with the signing of Monaco midfielder Youri Tielemans. The deal is reportedly worth £45 million, exceeding the amount of £30 million they paid for forward Islam Slimani three years ago by a long way.

With an eye to bolstering his flagging defence, Unai Emery is eyeing Celtic left-back Kieran Tierney, but the Scottish Premiership side are not happy with the £17.5 million that Arsenal are offering for the 22-year old defender.

The Celtic management are sceptical about the additional payments given the Gunners’ mediocre show in this season's Premier League and their consequent failure to qualify for the 2019-20 Champions League.

Celtic has further been in the news after 26-year-old midfielder Callum McGregor's rumoured move to Leicester City with manager Brendan Rodgers agreeing to a potential deal that will bring in the Scottish club £17.5 million.

Celtic fans are reportedly not impressed and feel that McGregor should fetch £22 million at least.

Everton boss Marco Silva is looking to beef up his squad this summer and is homing in on 24-year old Marseille winger Lucas Ocampos.

Ocampos, a former Argentina under-17 international who also played for Monaco and AC Milan could cost the management at Goodison Park a cool £15 million.

News emanating from Anfield is that Real Madrid boss Zinedine Zidane has his sights on in-form winger-cum-forward Sadio Mane and is willing to offer Liverpool Marco Asensio in return.

Zidane is believed to be valuing the Los Blancos winger at £85 million but Reds boss Jurgen Klopp is not falling for it.

With the kind of form Mane is in (Premier League's top scorer along with club mate Mohammed Salah) and being one of the key protagonists in Liverpool's Champions League and Premier League successes, it is highly unlikely that Klopp will part with the Senegalese forward.